Developers who fail to resolve snagging problems on new homes could see themselves struck off the New Homes Quality Board, NHQB, register.

The board has released a new housebuilders code banning high-pressure selling, requiring an after-sale ‘cooling off’ period and protecting the buyer for up to two years after purchase.

MP and NHQB chair Natalie Elphicke said the code, which has been five years in the making, would be central to driving up new homes’ standards.

“It fills the gaps in existing protections and puts considerably more requirements on builders in terms of how they deal with their customers and any issues that they have with their new home. Over the coming months, we will work closely with industry to support and help them make the transition to the new arrangements.”

Deposits paid to the builder to reserve a new home must be protected, the developer has to provide details about tenure and future management service charges during the sales process.

The code also requires a home is complete before the buyer can move in and allows customers to ask a professional to carry out a pre-completion inspection.

Builders must have an after-care service to deal with any snagging problems and a complaints process that responds to the new homeowners promptly keeping them informed throughout.

If a customer is dissatisfied with how their complaint is dealt with, they can refer their case to the independent new homes’ ombudsman service.

Brokers Hank Zarihs Associates said development finance lenders backed the code as it would help create a level playing field for smaller developers who were less likely to engage in high-pressure sales practices.

The new voluntary code follows concerns over the decade about the quality of new homes as highlighted by an all-party MPs report in 2016 flagging up housebuilder failings.

Consultation on the code was widespread with 250 responses from consumers and other stakeholders resulting in 400 detailed changes being made to produce the final version.

The NHQB said it was committed to reviewing the code as the new arrangements are implemented and ombudsman adjudications are made. 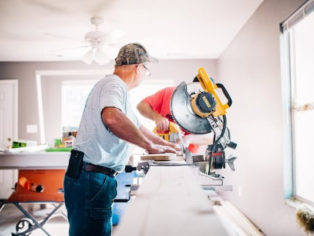