The site is situated in a sought after location in Cheshire – Kelsall. The site is within walking distance of the village with a range of amenities including two churches, primary school, community centre, a local store (Co-op), a butchers shop, pubs/restaurants including the New Lord Binning and a farm shop which has been established more than 50 years.

The nearest stations are Delamere which is within 3 miles from The Paddocks, Mouldsworth and Cuddington which are approximately 4 miles from the development.

The sought after village which was voted in 2008 as being Britain’s 3rd Top 10 village, boasts a wealth of attractive independent and boutique shops and restaurants. The City of Chester is the North Wests leading commercial and retail centres serving Manchester, Shrewsbury and the whole of Northern Wales.

The area consists of predominantly older wealthy and affluent families that make up 2.78 percent of the UK population. Properties on the main are large detached and semi-detached family homes with occupants typically living in their homes between 4 to 11 years or more. Children living in the area are typically aged between 5 and 19 years and the adults between 30 and 74 years. Households generally consist of couples and families and the population density within the area remains at one of the lowest due to the property to land ratio.

Unemployment in the area is one of the lowest in the country with the number of company directors being twice the national average.

The Paddocks at Kelsall is a fabulous location, the development is an extremely rare opportunity for you and your family to acquire a home in one of the UK’s most popular and sought after areas! 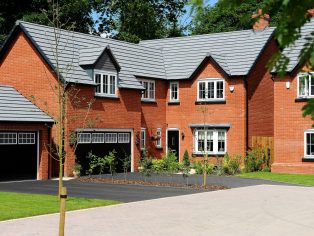