Mulberry Park has been revealed as the new name for Curo’s proposed development of 700 new homes, community facilities and open spaces on the former MoD site at Foxhill.

The name was suggested by Bath resident, Ken Cookes, following a campaign by Curo to find a new identity for the development. They received over 100 ideas by email, Twitter and in person from local people, ranging from the impressively intellectual to the quirky and comical.

After considering all the suggestions, Curo chose ‘Mulberry Park’ as a fresh, distinctive new name for the area, and one that reflects the city’s long military history and the site’s beautiful natural surroundings.

The site is identified in Bath & North East Somerset Council’s draft Core Strategy as being a key site in helping to meet Bath’s housing requirements up to 2026. It is just over 19 hectares, a similar size to Bath’s Royal Victoria Park. Curo intend to create a community with a mixture of private and affordable housing. 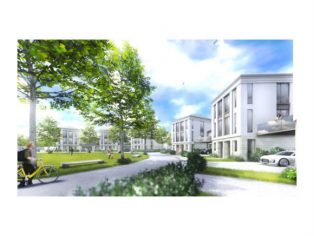