Breakspear House is a truly magnificent 17th century manor house, which has undergone a detailed restoration and conversion to create just nine elegant apartments. Set in acres of ancient woodland and gardens, these unique properties offer exceptional accommodation in an inspirational environment.

Breakspear House is a Grade l Listed building, meaning any restoration must reach the most exacting standards, matching the original materials and features as closely as is practicably possible. The restoration work carried out has therefore been a long and meticulous process, employing only specialist companies and master craftsman accustomed to working with heritage buildings. By using time-honoured methods and traditional materials, we have respected the character and history of the house and retained much of its aura, whilst creating within it beautiful homes of the most luxurious modern standard. 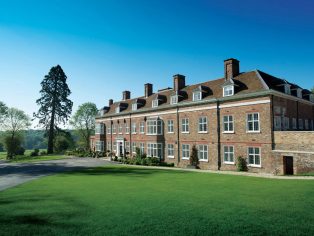