A total of zero Starter Homes have been built as a result of the 2015 Government scheme to build 200,000 new homes for first time buyers in England by 2020, a recent National Audit Office report found.

The Conservative Party’s April 2015 General Election Manifesto committed to building 200,000 starter homes, built exclusively for first-time buyers under the age of 40, and to be sold at a 20 per cent discount. According to the NAO’s report, the November 2015 Spending Review provided £2.3bn to support the delivery of the first 60,000 of these homes, with the Ministry of Housing, Communities and Local Government (MHCLG) spending nearly an extra £174m on acquiring and preparing sites for them between 2015 and 2018.

The NAO said: “The funding originally intended for Starter Homes has instead been spent on acquiring and preparing brownfield sites for housing more generally, some of which is affordable housing.”

The report also found that the Starter Homes legislative provisions are still not in force, including relevant sections of the Housing and Planning Act (2016). The MHCLG expected to introduce the secondary legislation and planning guidance required for Starter Homes in 2019, but it is yet to lay the regulations in Parliament. The NAO said: “Developers can, and do, market discounted properties as ‘starter homes’ as part of their contribution to affordable housing, but such properties do not necessarily conform to all the intended requirements of Starter Homes as defined in the Housing and Planning Act.”

The MHCLG “no longer has a budget dedicated to the delivery of Starter Homes,” the report continued. The 2017 housing White Paper replaced the target of 200,000 Starter Homes with a target to “help 200,000 households into home ownership” through a range of Government-backed schemes, including Starter Homes, shared ownership, Right to Buy and Help to Buy products. The November 2017 Autumn Budget reallocated funding earmarked for Starter Homes to the £9bn Shared Ownership and Affordable Homes Programme and the Land Assembly Fund. 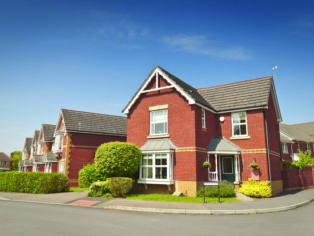