A leading housebuilder says it has been given the green light to start work a new £23 million housing development off Newland Lane in Droitwich Spa.

Persimmon Homes South Midlands plans to be on site in April when road infrastructure will begin to support the 265 homes scheduled to be built.

Persimmon @ Droitwich, as it will become known, will deliver a mix of two, three, four and five bedroom homes, largely surrounded by public green spaces.

“This is an exciting new development which is not just creating new homes but a new community.”

“As part of the development we will also be financially contributing towards enhancing local facilities including schools, highway improvements, cycle paths and signage as well as creating children’s play areas.”

Trees, hedges and open spaces will form a boundary to the development which will also feature a collection of two bedroom bungalows.

“Droitwich Spa is popular place to live so we are not surprised that we are already receiving a high volume of enquires.”

“The development is just two miles south of the town centre, with its great range of amenities, extensive choice of restaurants, pubs and well-respected schools. In addition home owners will benefit from excellent transport links to Worcester, Bromsgrove and beyond via the M5, A449 and A38.”

“We are working towards selling properties off-plan in late April and handing over the keys to our first residents in October. We urge buyers to register their interest online so we can keep them updated on the site’s developments.” 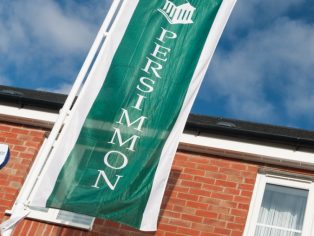 Showhomes at The Edge development in Hempsted, Peterborough, by Persimmon Homes.