Will Jenrick’s reforms succeed where others have failed?

Every Housing Secretary or Minister that I can remember promises two things – to overhaul the planning system and to get Britain building more homes – and yet each new policy initiative largely fails to deliver the houses and flats we badly need, so will Robert Jenrick be any more successful than his predecessors? The latest figures on housebuilding starts and completions are not a good portent, in fact they are pretty poor. The impact of the lockdown and Covid restrictions has had a predictably negative impact on the construction sector, which it will take some time to recover from. But the figures give the Housing Secretary plenty of food for thought, and it will be interesting to see how he reacts.

Back in August he unveiled his landmark planning reforms, which will see land across England divided into three categories – for growth, renewal or protection. There will be a presumption towards development, rather than against, with a simpler system of developer contributions through an Infrastructure Levy replacing Section 106 agreements and the Community Infrastructure Levy. Jenrick described them as “once in a generation” changes to sweep away an outdated planning system and boost building. Planning applications based on pre-approved “design codes” will get an automatic green light – eliminating a whole stage of local authority oversight within designated zones. But some practitioners were less effusive, labelling the new planning policies as undemocratic, disruptive and rushed, with Alan Jones, the president of RIBA, describing them as creating “the next generation of slum housing.”

Most people will probably measure the success of the planned changes in terms of whether they deliver the big numbers of houses and flats, in places where they are needed and of a good standard, principally in terms of their quality and size. They also need to be supported by the right levels of infrastructure in terms of roads, schools, leisure facilities and GP surgeries.

HUGE FALL IN STARTS AND COMPLETIONS
The scale of the problem which the reforms are trying to resolve is apparent in the most recent new housing figures released by Mr Jenrick’s department. These show the number of new homes completed in the April to June quarter was just 15,950, which represents a sizable drop of 62 per cent compared to the January to March period, which itself was down five per cent on the previous quarter at the end of 2019. Completions are now 67 per cent below their peak in the March quarter 2007 and 37 per cent below their previous low point in March quarter 2013.

In fact the most recent quarter’s figures are the lowest recorded number of completions since the current reporting system was introduced in the year 2000. Altogether an estimated 147,180 new build dwellings were completed in the year to June 2020, a decrease of 15 per cent compared to the year to June 2019. This level is roughly half of the ambitious target of 300,000 new homes a year which Mr Jenrick has set for himself and the housing sector.

There isn’t any good news on the horizon either, as the number of homes where building work started on site was just 15,930 in April to June. This was a fall of 52 per cent on the January to March figures. There were 121,630 estimated new build dwellings starts in the year to June 2020, a 26 per cent decrease compared to the year to June 2019. The National Housing Federation added to the gloomy picture, reporting that the total number of people in need of a social home (provided by a HA or council) has reached 3.8 million. This equates to 1.6 million households – 500,000 more than the 1.16 million households recorded on official waiting lists. But we should also remember that there are existing planning permissions currently in place for roughly one million new homes yet to be built across the country.

THE MINISTER’S RESPONSE
The Government has introduced a number of stimulus measures to ramp up demand through a market-led recovery, such as the stamp duty reduction, but in many respects this is being offset by a decline in the number of first-time buyers coming to the market – no doubt put off by changes in the availability and terms of mortgages. The Housing Secretary has largely shied away from putting pressure on developers to speed up their build out rates, either through penalties or incentives, although he will no doubt argue that his reforms package will encourage housebuilders of all sizes to ‘crack on’.

The last time a Conservative government tried to break the house planning and delivery mould, was when Permitted Development rights were changed in 2013. This removed local authority control over office-to-flat conversions, unless there were demonstrable concerns about issues such as flooding or land contamination. The changes meant local authorities and local residents could not oppose or alter developer’s proposals. They also had no power to insist on adequate room sizes or daylight or influence the look of a building.

Officials at Jenrick’s MHCLG department say that allowing developers to bypass the traditional system of obtaining planning permission to convert offices into flats has created more than 60,000 badly needed new homes in the past four years. However, in many instances the office conversions attracted huge controversy, particularly in places like Harlow, in Essex, which has seen over a dozen such schemes pop up across the district. Many of the buildings are characterised as ugly blocks of small and poorly insulated flats for low-income households, often situated on industrial estates or business parks, with no access to community facilities.

Mr Jenrick and his advisers have clearly heard the criticisms, as the Housing Secretary announced at the end of September that all new homes delivered through Permitted Development Rights in future will have to meet the Nationally Described Space Standards, including on adequate natural light. The space standard begins at 37 m² of floorspace for a new one bed flat with a shower room (39 m² with a bathroom), ensuring proper living space for a single occupier. Time will tell how successful these changes are, although Mr Jenrick appears to be in no doubt, saying: “These changes will help transform boarded-up, unused buildings safely into high-quality homes at the heart of their communities.”

Another potential source of many new homes in the near future is likely to be the modular housing sector. Two leading lights of the sector have recently coauthored a report ‘Build Homes Build Jobs Build Innovation,’ calling on the Government to set a target of 75,000 modular homes per year by the year 2030. Mark Farmer, the Government’s modern methods of construction champion, and Mike De’Ath, partner at HTA Design, say that such a programme would create 50,000 new jobs and help the Government meet its target of achieving net zero carbon emissions by 2050, as research suggests modular construction can reduce carbon emissions by up to 40 per cent compared to traditional methods.

A WARNING FROM COUNCILS AND THE SHIRES
But the Local Government Association which represents councils across England is warning the Government they risk seriously disrupting existing plans, which in turn could undermine efforts to level-up the country and lead to another housing boom in London and the south, while swathes of the north will see fewer homes built. They also claim it will disproportionately impact rural rather than urban areas. Some of the most rural places in England will see a requirement for a 59 per cent increase in homes to be built, compared to a 20 per cent increase in major urban areas.

Northern cities stand to see significantly fewer homes built with the new requirement seeing a 66 per cent decrease on those built in recent years in Newcastle, 59 per cent in Liverpool, 20 per cent in Sheffield and 16 per cent in Leeds. The LGA is urging the Government to think again about where the new housing is needed and should be built. “This seriously jeopardises any ambition to level-up the country. Building new good quality and affordable housing is vital to regenerating our towns and cities, improving our health and wellbeing, creating jobs and enabling local economies to thrive and bounce back following the coronavirus pandemic.”

And campaigning group Shelter said social housing “could face extinction” if the requirement for developers to build their fair share of affordable rented homes was removed. “Section 106 agreements between developers and councils are tragically one of the only ways we get social homes built these days, due to a lack of direct Government investment,” said its chief executive, Polly Neate. “So, it makes no sense to remove this route to genuinely affordable homes without a guaranteed alternative.”

Clearly we are at something of a tipping point but Robert Jenrick appears emboldened to proceed with his planning reforms. It will be interesting to see if his backbench colleagues join forces with the local government sector in persuading him to take a second look at how local housing targets are being affected and what role councils will have in shaping the future housing plans for their areas. Surely the target for all concerned should be in creating more balanced and successful housing markets than we currently have. 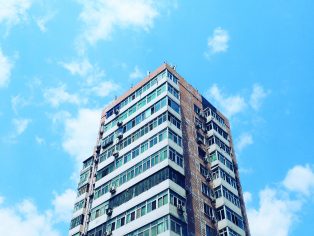