Wall cracks: When should you worry?

Between 2016/17, 184,000 homes were built in England. During this time, hundreds of homes and buildings across Britain were severely damaged, following extreme weather conditions including scorching heatwaves and flash floods. According to conservation charity, WWF, the impact of such conditions is estimated to have cost the British economy tens of billions of pounds; this could increase even more by 2050, particularly if buildings continue to be constructed on flood plains.

One of the most alarming problems following severe weathers is the impact this has on the structural integrity of buildings. One indication of potentially serious structural damage is wall cracks and if not properly inspected for underlying foundation ground problems, might lead to costly financial and emotional implications. Robbie Blanchfield, UK Manager from global leaders in advanced ground engineering, Mainmark, explains how identifying and eradicating wall cracks early on can help indicate underlying structural issues which could require urgent attention.

Flooding is the most high-profile impact of climate change in the UK, but the overall cost of wind storms is actually higher due to a much larger number of smaller incidents that are currently costing an average of £1bn a year.

If the extreme weather continues to worsen, soil beneath a building or home could become unstable, possibly too wet or too dry, causing the property’s foundation ground to shrink or move, resulting in all or part of the property sinking or subsiding.

If the warning signs indicate structural damage then it must be addressed as quickly possible, otherwise this could lead to further damage. When do wall cracks indicate a structural problem?

Problematic wall cracks will typically start at windows, doorways or corners of buildings. Large wall cracks that display these characteristics are usually a sign of foundation ground issues: one side of a wall being higher than the other; doors and windows no longer closing in their frame; and cracks wider than around 5mm (or half a centimetre).

Generally, smaller hairline cracks are not usually cause for concern. These smaller cracks are usually the result of seasonal expansion and contraction of clay soils beneath the building that can often be easily patched and re-painted.

Contrary to popular belief, however, repairing foundation ground issues does not have to be disruptive, or costly. In recent years technology has advanced, such as Mainmark’s non-invasive key hole solutions, ensuring minimal disruption, effort and emotional impact.

How to fix large wall cracks?

Traditionally, addressing significant wall cracks would involve excavating or digging up parts of the building’s foundation, pouring in concrete, waiting for it to set and then rising the building off concrete blocks. This traditional method of underpinning was time consuming, disruptive and meant residents would have to vacate the building during the process.

Modern methods, such as those Mainmark offers, enable an expanding resin to be injected into the foundation ground of the building via very small holes. The resin, injected under controlled pressure, expands to fill in the voids and compacts the surrounding ground to raise the building back towards level. This process is very carefully controlled using laser levels, reducing time, effort and disruption.

Prepare for the storm

As Britain prepares to suffer continued environmental changes, the cost of damage is likely to continue to rise. Therefore to help protect commercial and residential property, structural damage should be repaired as soon as it appears to mitigate any potential consequences. 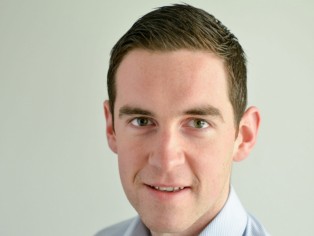