Vortice has launched the Punto Evo – a development of its popular Punto intermittent axial fan which is ideal for shower rooms, en-suites and WCs. The 2010 Building regulations recommend that System 1 fans should be as low energy as possible, less than 0.5 watts per litre per second – Punto Evo satisfies that requirement and further has an extremely low decibel rating under 21 dB(a) which is the equivalent to a whisper or rustling leaves.

Available in 4” fans for bathroom and coming soon a 5” model for utility rooms. This fan is perfectly positioned to be used as part of The Green Deal for those people who wish to increase the energy saving within their home, and these fans can also be retrofitted to social housing as part of the governments upgrading of the housing stock. Installation is quick and easy and the fan can be installed in wall, ceiling and in-duct.

Motor support and front panels are manufactured using shock resistant, anti UV ABS thermoplastic resin in white, although other colours are available with minimum order levels. There are five models in the range, a basic, two speed version, an advanced timer version, a timed pull-cord model, a timed HCS model and a timed PIR model of Punto Evo which allows delayed switching off of the appliance with a delay of between three and twenty minutes.

Further information on Vortice ventilation fans can be seen on www.vortice.ltd.uk 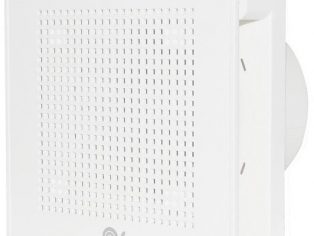