The Federation of Master Builders has welcomed the Local Government Association’s call for a “renaissance” in council house building in the wake of the vote to leave the EU, which could mean private developers will struggle to deliver on demand for affordable housing.

“The UK is suffering from a chronic shortage of homes. Although the Government has reaffirmed its commitment to addressing the scarcity, builders will be waiting for signs that confirm that this isn’t mere rhetoric.”

“The call from the LGA for a ‘national renaissance’ in council house building is timely; we urge the Government to allow local government the freedom and support it needs to once again take a leading role in building new homes. By increasing public spend on house building, homes will become more affordable and at the same time, significantly decrease the housing benefit bill.”

The LGA’s research showed that four million working people will need access to some form of affordable housing even if the country achieves full employment by 2024. However it says that if the UK,

“Fails to to train millions to take the higher skilled and higher paid jobs projected to be created by that time, demand for affordable homes will be much higher.”

“Economic uncertainty facing housebuilders following the Brexit vote could make it difficult for private developers to rapidly build enough homes on their own.”

“Uncertainty is beginning to weigh on the private sector, and support for a significant upscaling in social house building would send out a strong, reassuring message.” 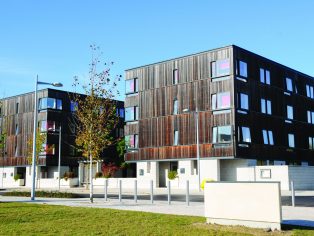