Tradespeople across the UK are losing out on thousands of pounds at the hands of tool thieves. Recent research from the FMB has found that more than half of builders in the UK have been victim to tool theft at least once. Police figures suggest that a van is broken into and tools stolen every 23 minutes in the UK. This problem is reported to be getting worse, with a two-thirds rise in reported cases between 2014/15 and 2016/17.

This latest research from the FMB explores the different ways tool thieves commonly target builders. Tools are being stolen from vans and directly from construction sites, with some builders even being assaulted by the thieves. Nearly half of victims had their van’s side panel or door broken or pierced and prised open. A quarter had their van’s windows smashed and doors opened from the dashboard; nearly as many had their locks picked.

The impact of this on the nation’s smaller building firms and self-employed tradespeople can be seriously disruptive at a time when other pressures are already mounting. The most recent State of Trade Survey from the FMB shows that growth among construction SMEs slowed in most parts of the UK in the third quarter of this year. The cost of doing business continues to shoot up for small builders and they are having to content with an ever-worsening skills crisis too. They could do without criminals specifically targeting them and the tools they need to earn a living. At its most devastating, tool theft can run a tradesperson out of business. Not only is there a high cost in time and money to replace these expensive tools, and to fix the damage caused to their vans, but without the right tools, firms are simply unable to work.

There are some simple steps builders can take to stop these thieves. Ideally, everybody should be taking their tools inside at night, yet accord- ing to our research just 20 per cent of builders do this. Many tool thefts happen under the cover of darkness and so the FMB is urging firms whenever they can move tools from vans, which are much more vulnerable targets, into the safety of their homes or offices. If that’s not possible, as it’s often not, then the next best thing is to install extra locks or safes in the van, and always try to park against a wall.

However, even when taking these precau- tions, thefts still regularly occur. That’s why it’s also important to put measures in place that give the best chance of recovering any stolen tools. Installing an affordable CCTV system is one option, but builders should also, wherever possible, overtly brand their items with company details. A good tip is to brand tools in both an obvious visible place and one that is more difficult to find. This means that even if thieves sand down the markings, tradespeople can still prove the tools belong to them if they’re recovered by the police. They should also register their tool serial numbers on an online database.

The FMB is trying to raise awareness of this issue to help reduce the negative impact this can have on many hard-working members of our industry. We are calling on the general public and tradespeople alike to be extra vigilant about this type of crime and report any suspicious activity to the police. We are also calling on the courts to recognise the negative impact this crime can have and take this into account when cases are brought before it. Together we can help to fight back against the criminals targeting our industry. 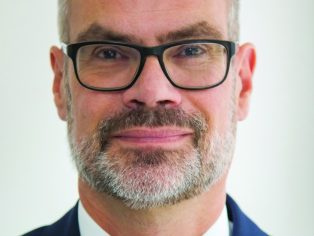