Time to take the lead on zero carbon

Mark Wakeford, chair of the Major Contractors Group at the National Federation of Builders, speaks to Housebuilder & Developer about the opportunities and barriers ahead for the industry in the critical path to zero carbon.

The housebuilding industry is making strong steps to reduce carbon within the built environment, including helping to inform customers on how they can live in their new homes and keep their carbon footprints low. However, there is still much work to be done to reach the Government’s 2050 net-zero carbon targets – and the sector remains one of the biggest carbon offenders.

While new homes are generally low carbon, both in terms of embodied and operational carbon, significant challenges remain in the built estate, with many existing homes needing significant works to electrify heating, reduce emissions and support people living within them to maintain a low carbon footprint.

Hoping to arm the construction industry with practical tools to accelerate this journey towards achieving net-zero carbon, the Major Contractors Group of the National Federation of Builders (NFB) have launched a new handbook, ‘Transforming Construction: Delivering a Low Carbon Future.’

Mark Wakeford, the joint MD of Stepnell and chair of the Group is embracing the challenge of promoting practical tools to the industry, as well as offering transparency on the barriers that currently exist in the way of change.

While Wakeford notes that there are areas of housebuilding that use more carbon than others, it is not helpful to identify “main offenders,” he says, but instead to look at the issue more holistically.

“Quite often,” adds Wakeford, “the higher carbon outputting areas are not easy to change, and will require a wholesale review of a new home in order to reduce the overall carbon footprint of a new home.”

While he says there are of course some areas that present greater opportunity than others, in that they are easier to deliver savings on or can be considered in isolation, Wakeford argues: “In reality, if we are to achieve net zero then the solution has to lie in an integrated approach to radically rethink the construction elements and the process of assembling them.”

Wakeford uses cross-laminated timber (CLT) as an example, which offers a strong opportunity to use more wood in construction and reduce carbon output. He comments: “While it’s a fantastic tool, it is no good telling industry to use CLT if there isn’t a large enough CLT industry to support an industry wide change or the skilled workforce necessary to ensure correct installation.”

Instead of looking at ‘main offenders’ within the construction industry on carbon, Wakeford prefers to point out who should be the ‘first movers,’ which he says are “generally” the leading forces of developers, politicians and influencers.

“It is these people who need to help change public opinion of what is acceptable, and to move the public’s expectations of what an acceptable new home will look like and how it will require active management,” says the MCG chair. “If we can unlock this expectation in the market, then brilliant designers and delivery teams can work towards making net zero a reality.”

There are of course many barriers in the way of achieving these goals.

In recent times, the pandemic has produced the most obvious barrier here, with Covid “unquestionably a frustrating progress” – the postponement of COP26 to November 2021 being just one example.

Wakeford says that the virus has hampered progress: “It has been a distraction, while the main event has continued unabated.” The deadlines have not moved, and as such a year has been lost in the “war on carbon.”

He also notes that, beyond the pandemic, most of the more general challenges for the industry exist in retrofitting existing housing. With new homes typically built to Energy Performance Certificate (EPC) rating A and B, Wakeford says that 98 per cent of existing homes are EPC C and below. As such, retrofitting these homes to use less energy “must be a priority.”

Wakeford believes that the overarching aim for the industry has to be to rethink how it operates, as well as getting customers to recognise its limitations. He says they will need to change some behaviors to support the industry in reaching net zero.

“The solutions will lie with an integrated team looking to solve the problems, and this will take suppliers, designers, lawyers and insurers from across our sector to lead in solving the issues,” he says.

“We all have a role to play in enabling this to happen, and none of us can afford the barrier to exist in ourselves or our businesses – there is too much at risk, and we need to have answers before answers are imposed from outside our industry or our country.”

Hoping to help the sector to tackle some of these barriers and take charge of its own role in moving to zero carbon, the group’s new handbook explains the practicalities to professionals in the industry, as well as the reasons for taking action, and how to go about it.

In conjunction with the MCG’s first edition of the handbook, the new volume seeks to “break the opportunities that can be taken to reach net zero into discrete areas.”

As part of this, it looks at key areas to address in terms of leadership and procurement, and examines four other crucial areas that the entire industry can address, such as reducing staff and corporate carbon footprints, reducing project carbon emissions, reducing embodied energy, and increasing building performance.

The handbook also includes case studies from a range of businesses, with the aim of allowing construction professionals across the industry to identify an example which fits with their own stage of decarbonisation.

Despite efforts like these, and from much of the industry, Wakeford admits that the road map to delivering a low carbon future remains uncertain.

However, he adds that with the “huge challenge, there are consequently huge opportunities.” He continues that buy-in across the board is essential: “The Committee on Climate Change is good at signposting the areas within our economy and country that will need to improve, but much will depend upon the way that customers, developers, contractors, designers and other stakeholders will respond to the challenges.”

Wakeford believes that success will come from “active leadership,” and that those companies who are prepared to take the opportunity seriously and to take a leading role their sector are “likely to be the ones who benefit.”

He also believes there is a need to understand that construction can only do so much: “We can reduce the energy used to build homes and energy used by users of homes, but the greatest challenge will be electrification of the grid and increasing our use of renewables; however that change will be enabled by the Government and its legislative programme because it is a national challenge.”

Wakeford says he believes that the likelihood of the industry’s success rests on the back of its own “ingenuity and support for its customers.” However he adds that politicians and Government agencies need to be fundamentally better at creating the environment that will allow the sector and the country as a whole to deliver net-zero solutions on a level playing field with other technologies.

As an example of this, he says that the NFB’s Major Contractors Group has been recommending to the Government for the last five years that it implement streamlined planning for the most energy efficient homes and developments creating energy or heating on site, but that as yet, the Government has not enabled these “simple but effective” changes.

He concludes: “I am confident that if the Government was to overtly support these and our other endeavours, then we can deliver a housing industry that we can all be proud of, and we can tell our grandchildren that we played our part.” 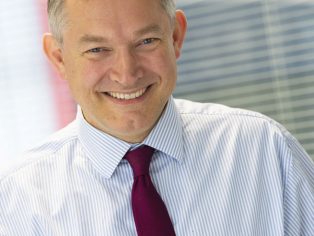