There may be turbulence ahead

Brain Berry confronts some of the myriad challenges that housebuilders are facing at present, including rising prices, inflation, shortages and new regulations.

Not for the first time, small, local housebuilders are facing some tough months ahead. While the industry closed out 2021 on a relative high with workloads doing well, it has since been hit by soaring inflation, a rise in energy costs, and a war in Ukraine which is sending fuel and some materials costs sky high.

Last year, builders’ main worry was about getting the materials, now it is whether they can afford those materials. With costs rising fast, the growing concern is that the future viability of sites will become a very real issue over the next year.

SIGNIFICANT CHANGES AHEAD FOR BUILDING REGULATIONS

This June will see significant changes to Building Regulations. These are aimed at improving the energy efficiency of buildings to help the country move towards its targets for net zero carbon by 2050. Essentially, what this means is that the Government wants newly built property to have less carbon emissions – with inefficient buildings being a major contributor, this is an important step. Even more changes will be coming in a few years to make buildings more energy efficient, but these measures are a stopgap until then.

The idea of these interim measures is to make the changes that will be introduced around the middle of this decade less severe for builders, and also to go some way to cut carbon emissions in the meantime. While the FMB welcomes the interim changes, and the fact that large scale changes weren’t introduced all at once, the new measures do nevertheless present a real challenge for SME housebuilders. Costs will inevitably go up and some in the industry have said that these changes are the most significant they’ve ever seen, despite being a stopgap to bigger measures ahead.

WHAT’S GOING ON WITH RED DIESEL?

The construction industry has normally used red diesel in the machines it runs ‘off-road,’ and many firms have their own tanks and pumps to refuel vehicles in yards before they are transported to site. From April, no machines engaged on a construction project will be able to use red diesel. This means builders will be switching to fuel products without any rebates, which will hit them hard in their pockets. With rising costs
putting many SME construction firms under increasing pressure, the majority will inevitably turn to regular diesel, which will not deliver this policy’s objective to cut carbon.

The industry has been calling on the Government to delay this policy to help our beleaguered sector, hit by price rises elsewhere. To maximise the green potential of this policy change, a positive way forward would be to see the Government end the rebate of biofuels, as biodiesel emits up to 90% less carbon than regular diesel but on average costs 10-15% more. This change would help as electric and hydrogen-powered equipment alternatives are not yet readily available.

The distressing events in Ukraine are now sadly familiar to all of us, creating the biggest humanitarian crisis in Europe since 1945. There is also the impact on both the construction industry and consumers within the UK. The war is pushing prices up, exacerbating an already tough market. The most well publicised cost increase is oil, but other materials such as copper, bitumen and neon which are used in the manufacturing process of many building materials are also set to be disrupted.

The squeeze on the availability of these raw materials will push up costs on many building materials from wiring through to insulation. We know builders won’t be able to absorb these costs, as even before the war began 74% of FMB members had to increase prices because of pressures on their bottom line. This creates an unenviable situation for builders, as they see their costs soar and are left having to explain this to a customer base also at the sharp end of rising prices.

A TURBULENT TIME AHEAD

I noted in my last article that this is a year of great potential for SME housebuilders, and I remain hopeful that the levelling up agenda will work in our sector’s favour. But the industry is being hit hard from all sides and will need significant support to get it through the year unscathed. I’m also yet to see the Government implement its levelling up plans, which for the moment are not much more than a comprehensive research report – the contents of which highlighted many issues but weren’t so clear on how to solve them.

As always, SME housebuilders stand ready to help boost local economies and train up the next generation of skilled tradespeople, but we must recognise it is an embattled sector that has been on the decline for some time. A recovery for small local housebuilders, helping the Government to hit its targets of greater housing diversification and playing a critical role in levelling up, will be a struggle without significant support. 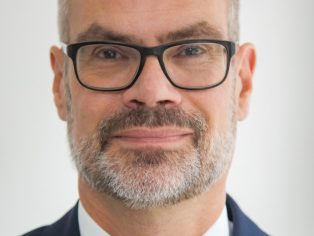 Brian Berry, chief executive of the Federation of Master Builders