The state of play

Brian Berry, chief executive of the FMB, considers the effect of the state playing a far more active role in the sector

An interesting development during the shortened election campaign period has been the re-emergence of council housing as a subject of bipartisan interest. A sustained programme of Government funded social housebuilding in the Corbyn-led Labour manifesto doesn’t come as much of a surprise, but the fact that the Conservatives have likewise come round to the idea that for the country’s chronic housing shortage to be solved, the Government (local and national) will need to play a more direct role as a builder of homes, is intriguing.

The prospect of direct state intervention in housebuilding will sit uncomfortably with some developers, who will believe that every effort should instead be focused on rectifying the array of issues facing the private sector. While such severe problems exist within the planning system or, for many SMEs, accessing finance remains such an uphill battle, surely all the available financial and political capital should be spent on getting private housebuilders firing on all cylinders?

The counter point would be that the size of the gap between the number of homes the Government believes we need and the number we are building means that every policy and approach is worth serious consideration. Historically, the only times when the UK has achieved levels of housebuilding above what we have now has been when local authorities were empowered to invest in building on a significant scale. The absence of public sector activity has left the country effectively fighting its housing crisis with one hand tied behind its back. The fact that we currently spend £1 on housebuilding for roughly every £4 spent on housing benefit shows the shortcomings of this approach.

The question then arises about who would be building these proposed homes? The argument that a national programme of housebuilding could act as a catalyst for SMEs would seem obvious coming from the FMB, but it’s been echoed across the industry and beyond. Last June, the influential House of Lords Economic Affairs Committee argued that not only should the state be playing a more active role in the delivery of new homes, but that in doing so, it should be using its considerable financial heft to stimulate the smaller end of the sector, which has been suffering from serious long term decline.

Of course, most SME housebuilders would rather strike out on their own, as working for a major contractor tends to be less than ideal. Ask the vast bulk of small contractors whether they would rather be acting as direct contactors and they will say yes. Nevertheless, the reality is that many smaller scale housebuilders engage in contracting work and the social housing sector – whether it’s local authorities or housing associations – tends to provide relatively good clients, not least when it comes to the thorny issue of prompt payment. Councils can easily push through their own planning proposals, and supply much faster and more certain future work streams than the risky private sector.

On top of that, public sector contracts offer the opportunity to small housebuilders to build up their capacity and experience, allowing these firms to acquire the kind of resources, workforce and skills necessary to kick on and branch out with their own developments. In this way, government funded housebuilding can act as a counter-balance to the cyclical nature of the sector, providing a reliable stream of work to both contractors and developers struggling with a drop in private demand. Whichever party wins on June 8th, the signs are that we are entering a period in which the state will be playing a far more active role in our sector, one that hopefully puts SMEs at the fore and supports the development of the private sector industry at the same time. 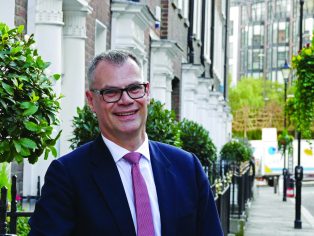