“Trading through the first half of 2017 has been very positive, supported by favourable UK housing market fundamentals and good customer confidence. In the central London market in particular, we are pleased to see improved customer confidence following a period of uncertainty.

Although the wider political backdrop could have an impact on confidence levels and market dynamics, we have seen no material change in trading since the General Election, and our first half performance has been strong. Our business is built to maximise performance in all market conditions, benefiting from a robust balance sheet and high-quality landbank. With a strong forward order book and a disciplined strategy to manage the business through the cycle, we remain on track to meet both our full year objectives and medium term strategic goals”.

Returns to shareholders announced
Announce today a special dividend of £340 million (c.10.4p pence per share) to be paid in July 2018 (July 2017: £301 million and 9.20 pence per share).  Confirm Ordinary Dividend Policy of approximately five per cent of Group net assets and at least £150 million per annum through the cycle.

Target to return £1.3 billion in dividends over period 2016-18 will be successfully achieved.

Current trading and outlook
Trading through the first half of 2017 has been very positive, supported by favourable UK housing market fundamentals and good customer confidence.  The Group has reported impressive profit growth for the period and ended H1 2017 with net cash of £429.0m, materially higher than last year.

The proportion of FY 2017 forecast completions that have been delivered in the first half is slightly higher than last year as we continue to focus on the smoothing of the home delivery profile as part of our improved customer journey. This approach impacts the relative growth rates in the respective periods (2016: 44 per cent / 56 per cent) but leaves us on track to deliver in line with our FY 2017 volume guidance of being up c.4-5 per cent year on year.

We have reported a notable improvement in UK net operating asset turn†* which increased to 1.45 times (H1 2016: 1.25 times; FY 2016: 1.46 times), benefiting from the combination of on-going improvement in land acquisition terms, revenue growth and cost control.

The market is underpinned by a competitive mortgage environment, the Help To Buy scheme and low interest rates.  Customer interest remains high, with website visits solid and customers continuing to register interest in forthcoming developments and progress their home purchase plans. The cancellation rate for H1 2017 was 11 per cent, compared to 12 per cent in H1 2016.

The markets in all our geographies continue to trade positively.  Customer confidence in central London has improved after a period of uncertainty, while the outer London market remains robust. In central London the land environment has changed, and we are seeing opportunities emerge.  Having remained disciplined on acquisition criteria in the past 18 months in central London we are  working on certain potential opportunities that would be significant and financially attractive and would provide the backbone for this regional business for a number of years.

In the period since the General Election we have seen no material change in our trading activity, nor have we implemented any significant change to our strategy. However, we do recognise that the outcome of the General Election, combined with the on-going Brexit negotiations, has resulted in greater political uncertainty, and we are therefore alert to the potential risk of a future change in customer confidence. Our strategy, based on a robust balance sheet, a high-quality landbank and a strong order book provides the flexibility and resilience to enable us to deal with changing market conditions, if required.

We confirm our prior guidance for build cost increases in 2017 of c.3-4 per cent. The land market remains fundamentally attractive, and we have continued to acquire land at compelling investment margins and returns in the period.  We remain focused on pursuing opportunities that are in high-quality locations and meet our investment criteria.

We have a clear strategy and a strong focus on where we can add further value to the business.  In this way, we are confident that we can adapt to all market conditions from a position of strength and perform well, underpinning our value proposition to shareholders and other stakeholders.  Our focus remains on steady, sustainable growth as we maximise efficiency through operational excellence and discipline on our sites and throughout our business.

We remain fully committed to the Dividend Policy set out in May 2016 and our objective to provide a consistent and reliable income stream for investors.  We have announced today a special dividend for 2018 of £340 million, which, alongside the ordinary dividend, will take total dividends paid in the period 2016-18 to £1.3 billion, in line with our target.  We confirm our intention to make further material capital returns to shareholders in 2019 and beyond and will provide an update on the future approach to capital returns at the next Strategy Day in H1 2018.

* Operating profit is defined as profit on ordinary activities before net finance costs, exceptional items and tax, after share of results of joint ventures.
** Return on net operating assets is defined as 12-month rolling operating profit divided by the average of the opening and closing net operating assets, which is defined as net assets less net cash less net tax balances, excluding any accrued dividends.
*** Operating cash flow is defined as cash generated by operations before tax and interest paid on a rolling 12-month basis.
****Net cash is defined as cash and cash equivalents less bank and other loans.
† Tangible net assets per share is defined as net assets before any accrued dividends excluding goodwill and intangible assets divided by the number of ordinary shares in issue at the end of the period.
†† Adjusted basic earnings per share represents earnings attributed to the shareholders of the parent, excluding exceptional items and tax on exceptional items, divided by the weighted average number of shares in issue during the period.
†* Net operating asset turn is defined as total revenue divided by the average of opening and closing net operating assets. Based on rolling 12 months.
†** The method of calculation is in line with the Annual Injury Incidence Rate methodology and covers the period between 1 January 2017 and 2 July 2017.
A reconciliation of the above alternative performance measures to statutory measures is disclosed on pages 34 to 37. 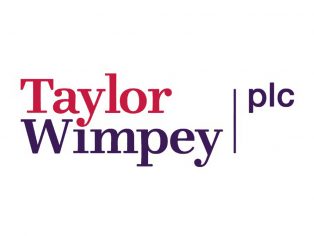