The £38 million conversion of the former Terry’s chocolate factory in York into ‘The Residence’, a development of 173 luxury apartments, is using a SHEVTEC® smoke control system from leading smoke and environmental ventilation specialist, SE Controls, to help keep residents safe in the event of a fire.

The original 27-acre (109,000 sq.mtr) site opened in 1926, but following its closure in 2005 it was subsequently acquired by Henry Boot Developments in 2013. The acquisition included the Grade II listed Art Deco style main chocolate factory that has now been transformed in partnership with specialist heritage developers and contractors, PJ Livesey.

As the 1 – 3 bedroom apartments, together with penthouses, are located over five storeys, it was therefore essential that a smoke ventilation system was installed within the building to comply with building regulations and other key legislation, including BS7346, BS9991. This ensures that escape routes can be kept clear of smoke in the event of a fire and residents could evacuate safely.

PJ Livesy has worked closely with SE Controls on other key projects, and turned to the ventilation specialists once again to design and install the smoke control system for ‘The Residence’, which utilises four individual smoke shaft systems and staircase ventilation to ensure smoke can be vented effectively from escape routes, including corridors, the main lobby and communal spaces.

At the head of each smoke shaft, a SHEVTEC automatic opening vent (AOV) louvre allows smoke to escape when triggered by the smoke and fire system sensors. A similar approach is used in each stairwell where the end staircases use AOV windows, and central staircases are vented using roof access doors fitted with automatic actuators.

Designed to operate on a floor-by-floor basis, the detection of smoke within any of the protected corridors or lobbies directly triggers the system, which automatically opens smoke doors and AOVs to allow smoke to be removed from the affected area and keep escape routes clear. The system is controlled by a series of SE Controls OSLoop smoke vent zone controllers together with OSLoop Co-ordinators and alarm monitoring modules, dedicated to each smoke shaft.

The tamper proof manual control points (MCPs) on every floor allow the system to remain active with the head of shaft and head of stair vents staying open until fire service personnel reset the activated floor via the MCP. A full back up battery system is also incorporated to ensure that it can operate, even in the event of a power failure.

“This development is an excellent example of blending traditional design, heritage and craftsmanship with advanced systems and technologies, such as the smoke control system, which provides constant protection to every resident. We were delighted to be selected by PJ Livesey again as their quality and attention to detail on all aspects of their developments are outstanding.”

Further redevelopments of other Grade II listed buildings on the Terry’s site are planned, including the conversion of the landmark ‘Terry’s of York’ clock tower and adjacent building into 22 apartments. The main HQ building is to be converted into a care village by Springfield Health, while around half of the 27 acre original site has been acquired by David Wilson Homes for a new residential development.

Further information on SE Controls’ products, solutions and projects can be obtained online from www.secontrols.com, by emailing sales(Replace this parenthesis with the @ sign)secontrols.com or calling  +44 (0) 1543 443060. 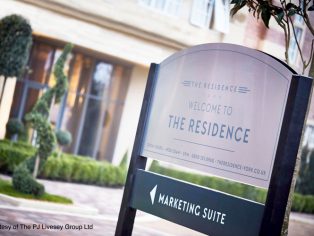