Supporting SME housebuilders – what we can learn from international property markets

The UK housing market is currently broken, with supply unable to meet demand and small and medium sized (SME) housebuilders, a sector crucial in plugging the housing gap, not receiving the support they need to build for the future.

So, how do we address this problem? While the Government announced a number of measures designed to help boost housing supply as part of the Autumn Budget, including introducing planning reforms, there has been criticism that this does not go far enough and may not be successful in meeting challenging housebuilding targets.

For example, on the other side of the world in New Zealand the Government has introduced a string of measures to increase the supply of housing. In a bid to build 400,000 new homes before 2040, Auckland Council has set a goal of having at least seven years’ supply of land ready for development. They aim to do this by identifying a mix of suitable existing urban and Greenfield sites.

Building on Greenfield land is understandably a complicated and controversial issue. However, there may be instances where building in green spaces could possibly be considered. For example, according to Centre for Cities, the green ring initiative in Leipzig, Germany, focused on “identifying poorly kept sites around the city which it strategically developed for homes or enhanced for high quality recreational spaces”. There could be similar areas in the UK that could benefit from this kind of regeneration activity.

Another solution could be to encourage greater collaboration between different cities and regions, ensuring local councils have a shared vision on planning and take into account the fact that many people don’t live and work in the same location. While this may happen in the UK, to a greater or lesser extent, clearly more could be done to make the planning process easier, quicker and less costly for SME housebuilders.

According to a report in the Irish Times, in 2014 the Institute for the German Economy identified that in Berlin and Munich new developments were falling 50 per cent short of requirements. As a result, regulations were relaxed, allowing developers to “build taller houses in cities and make surrounding commuter areas, where supply is plentiful, more attractive by boosting transport links”. Similar decisive action is needed to boost housing supply in the UK.

In addition, while this may be a step too far for many, it could be worth rethinking our attitude to housing. The tiny house movement is becoming increasing popular around the world, with an increasing number of people getting on to the property ladder by buying smaller properties. Indeed, in Japan, the overall attitude towards housing is completely different to that in the UK. According to a CNN report, the threat of natural disasters combined with hefty inheritance tax and rapidly updating technology has led to a “scrap and build” culture in Japan, where “a 20 year old home is considered old”.

Although this more disposable approach to housing may not resonate here, with Federation of Master Builders’ research highlighting that material prices for items such as timber, insulation and bricks have soared since the European Union Referendum, now would be time to consider new ways of building. After all, with technology developing at such a fast rate, there could be more cost effective alternatives available. While we appreciate that steps are being taken by the Government to better support SME housebuilders, we believe that we can learn a great deal from international property markets. By taking inspiration from what has worked overseas, we believe this could help stimulate the property market and create more opportunities for SME housebuilders. 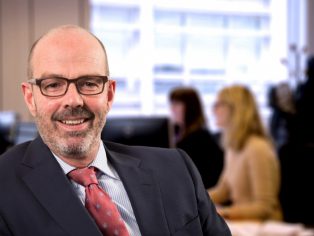