Chancellor Rich Sunak’s Spring Budget announced a removal of VAT on energy efficiency measures for homeowners, in a year of high inflation and reduced economic growth.

Sunak told the House of Commons that homeowners won’t have to pay the 5% VAT on “energy saving materials, such as solar panels or heat pumps,” but this would only be a five-year arrangement. He claimed that he was able to make this tax cut towards the UK’s net zero target, “thanks to Brexit.”

He also confirmed the introduction of “cheap” taxpayer-backed loans to help homeowners install heat pumps, solar panels and other energy efficiency measures such as insulating properties to combat rising fuel bills. Sunak also cut vehicle fuel duty by 5 pence per litre, but there has been a muted response from business in general to the fiscal moves announced.

While Sunak said that the effects of the war in Ukraine would only become clear later, he announced a cut in the UK’s growth forecast from 6% this year to a modest 3.8%. He said the projections for growth in 2023 were of an even more disappointing 1.8%.

This is against a challenging economic backdrop where Inflation has reached 6.2% and is expected to continue growing to 7.4% by the end of this year, according to the Office of Budget Responsibility.

Matthew Pratt, Group CEO of Redrow, commented: “We welcome the Chancellor’s focus on boosting growth and supporting consumers with the rising cost of living. As the UK moves toward net zero, it is positive to see tax breaks to help consumers install energy efficient technology to reduce their bills and energy usage in the long-term.”

The Chancellor also unveiled a plan to increase the threshold at which people start paying national insurance contributions by £3,000 to £12,570 from July, and a 1p cut in income tax. 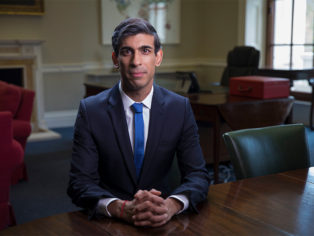