Smoke ventilation maintenance – the hot issue for HAs and LAs

Ongoing budgetary pressures and a lack of familiarity by local authorities and housing associations about the strict regulations that govern the maintenance of smoke ventilation systems, has given rise to a worrying trend that will leave them exposed to prosecution for non-compliance unless it is addressed.

In an effort to integrate fire systems maintenance and save money in the process, many HAs and LAs are ‘bundling’ smoke ventilation maintenance into a multi-disciplined ‘fire service’ contract, where the contractor is responsible for all fire and smoke system maintenance, often across several locations and building types.

However, under the scope of various British Standards, including BS9991, BS9999 and BS7346 Part 8, together with Building Regulations ADB; the European EN12101 standard and best practice guidance documents from the Smoke Control Association, there are specific maintenance requirements and procedures that must be followed.

The real ‘teeth’ behind this complex and vital legislative framework is the Regulatory Reform Order (RRO). This gives fire service officers an extensive range of enforcement powers in situations where smoke control systems have been inadequately maintained under the demands of the various pieces of legislation.

The penalties for non-compliance can be significant, including the prosecution of companies, building owners, landlords and individuals responsible for building maintenance, resulting in punitive fines as well as custodial sentences.

At SE Controls, we have already been directly involved in a significant number of projects to correct problems caused where general fire contractors have found themselves out of their depth and unable to maintain the smoke control system within the demands of the regulations.

In one instance the maintenance company had failed to notice a smoke vent that had been ‘nailed shut’ rendering it in operable and dangerous, while another recent case or poor maintenance from an inexperienced contractor resulted in an automatic smoke vent falling out of the building. A major internal review followed, together with the involvement of the HSE and prosecutions are now being considered.

On a number of other remedial projects, fire officers or building control have already imposed close notices on the buildings, resulting in disruption, the removal of tenants and large unbudgeted costs for the housing association. Clearly, these could have been avoided if the specialised smoke ventilation maintenance contract was kept separate and handled by a specialist company with the necessary skills, experience and expertise. 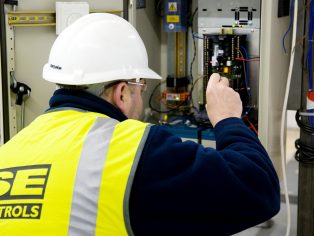 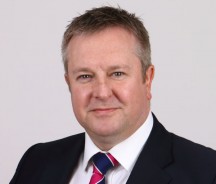