A site manager with a leading West Midlands builder has been selected as a winner in a national competition that recognises the highest standards in housebuilding.

Craig Thomas, who works for Wolverhampton-based Persimmon Homes West Midlands, has been chosen as one of the winners in the Pride in the Job Quality Awards.

Mr Thomas was recognised for the work he has carried out at Meadow Grove, a Persimmon Homes development in Newport, which comprises a total of more than 200 homes ranging from two to four bedrooms.

In recognition of his achievement, Mr Thomas will now be invited to a West Pride in the Job awards dinner in October, to be held at the ICC, in Birmingham.

During the dinner, it will be announced who will go through to the next round to compete for a Seal of Excellence and Regional Award.

“This award recognises the very best in our industry, and we are very proud that one of our site managers has been recognised for his excellent work.

“Craig leads by example and we wish him all the best as he goes through to the next round of the competition.”

“It’s fantastic to win one of these awards from the NHBC. It shows the dedication of the trades teams on site that their hard work is recognised in such a way and it has raised team spirit.

“It also gives our purchasers the added confidence that they are buying a quality home from us. I’m delighted with the award, as it’s an achievement for myself and Persimmon Homes West Midlands, and, as our motto, says ‘together we build home’.”

All site managers running a site with a home or homes that are registered for NHBC Buildmark cover, are automatically entered into the competition. 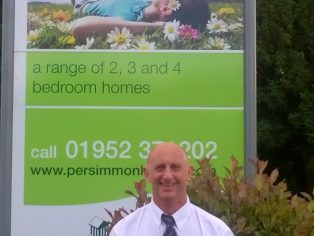