Sean is eager to play the regeneration game

A man who played a key role in some of the North East’s biggest regeneration projects is the new Managing Director at Galliford Try Partnerships North.

Sean Egan, 43 and living in Newcastle, was involved the planning of major developments in the city – including Great Park – where he is now based.

He joins from Home Group where, as Development Director, he led a £1.2 billion, 10,000 new homes programme covering the whole of the UK.   And the move makes great business sense for both Sean and his new employer, for he has worked on eight joint ventures with Galliford Try, all over the UK, during the past seven years – including the £350 million Gateshead Regeneration programme.

“When I went to my first board meeting I knew about 90 per cent of the people there, so the relationships and my understanding of the business are already well established,”

“What I want to do now is to build upon what’s already been achieved, grow the business further – in line with the major national growth plans of Galliford Try – and make us the best regeneration organisation in the North East; the partner of choice for housing providers and developers of new mixed tenure communities.

“Working with our Linden Homes brand, we have the skills and expertise to deliver high quality mixed tenure housing in which communities can thrive and grow. Such investment is the catalyst for local economic growth with initially site workers and then new residents spending money in the redevelopment areas.

“The Gateshead initiative is an example of the kind of successful partnership I want to replicate across the region. My recent background is in partnerships and joint ventures with a range of public and private sector organisations which have helped transform the quality and choice of homes available to people who want to buy or rent.

“The government’s recent commitment to meet the growing housing shortage means there is huge potential for new work across all housing tenures – including the private rented sector, which we are also well placed to support,”

“And of course I plan to develop further the company’s new homes operation in the region – Linden Homes.

“It’s already well established with sites at The Aspens in Birtley, Trilogy I in Gateshead, Saint George and The Fairways in Morpeth and has more initiatives on the horizon – such as North Farm, Blyth which has recently been released to the market with lots of initial interest.

“I am confident we can build on the platform that’s been achieved in the North East. Turnover has grown from around £9 million to almost £50 million over the past five years and we are establishing a sound reputation with housing providers.”

Sean comes well qualified to manage the programme. He has an honours degree in civil engineering, a masters in civic design and a post graduate diploma in town planning.

Married with a young son and daughter, he has spent his entire working life based in the North East and is a passionate advocate of the region. Away from his busy working life he takes part in sport – especially football – plays piano and spends time with the family. 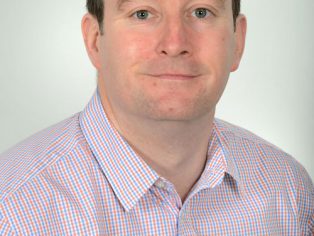