United Living, a leading national provider of refurbished and new build homes, has relocated its North West branch office from Altrincham to Salford – creating a base for its new private rented sector (PRS) division.

United Living works in partnership with housing providers throughout England and Wales to tackle the housing shortage by building new homes and refurbishing existing properties. The business launched its PRS division (United City Living) in the summer of 2018 with a strong order book of £250m, owing to its established partnership with the Newcastle-based High Street Residential – part of The High Street Group – and other key partners.

As part of its partnership with High Street Residential, United City Living has recently started work on a development of 127 new homes, including 43 duplex / town houses, based at Middlewood Plaza in Salford – part of the £1 billion Middlewood Locks regeneration programme.

The new United Living office, with 10 staff, is located in offices next to the development site on Liverpool Street, Salford. Delivery of PRS schemes in the North West will be a key focus for the new City Living business and United Living will continue to serve its existing clients across The North from its Salford and Sheffield offices.

Managing director for United City Living, Charlie Dunn, said: “This is the first of a number of large-scale private sector developments that we’re delivering and with plans for further sites in Manchester we have taken this opportunity to relocate to a much more central hub.

“Our expanding pipeline of PRS opportunities will be delivered in the acknowledged “growth cities” across the UK including Manchester, Birmingham and Leeds.

“As we’ve seen in the recent Manchester crane survey by Deloitte, much of the city-region’s current development is being driven by the residential sector. We’re keen to support this growth and also bring United Living’s core values to the commercial market. We will also be establishing employable skills links across all of our construction sites to create significant opportunities for local people and businesses in partnership with Salford Council and other key stakeholders.”

United Living currently employs more than 550 members of staff across the UK, with offices located in Salford, Sheffield, Wolverhampton, Swanley, and Cardiff. 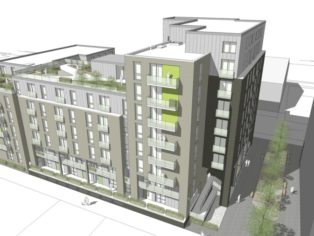