The residential sector had a particularly positive March with £1.8 billion contracts awarded, an increase of 8.3% on February. Residential unit numbers also increased – up by 2.1% on February at 10,066 units. Of the total contracts awarded in March, residential accounted for 31.6%. Following residential was the commercial & retail sector with a 16.1% share and then hotel, leisure & sport with a 13.6% share. 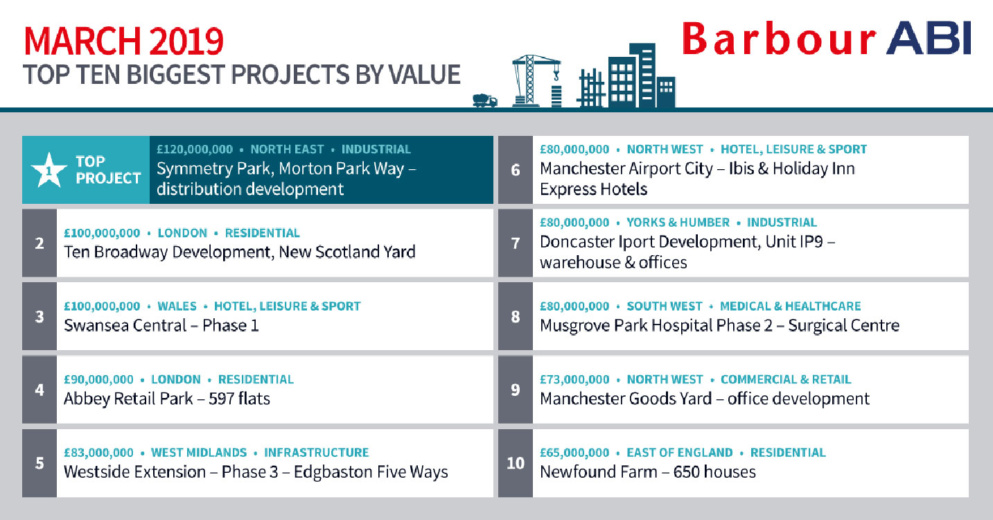 The top project awarded in March was the £120 million industrial contract, Symmetry Park Project at Morton Park Way in Darlington. This project will see ISG Retail provide a new distribution facility with project completion due in July 2019. The largest residential contract was the £100 million Ten Broadway development at the New Scotland Yard in London, which will see Multiplex Construction Europe Limited deliver a total of 246 luxury apartments in a 20-storey building. 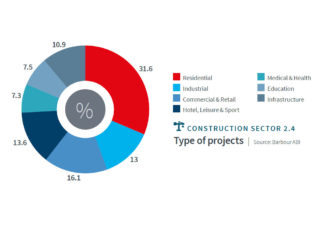