Steve Cipriano of Vaillant examines the real-world impact of the 2025 Future Homes Standard for England’s housebuilders.

The long-awaited publication of the UK Government’s response to the Future Homes Standard (FHS) consultation provided much needed clarity around the direction of travel concerning changes to Part L and Part F of the Building Regulations.

The industry now knows what changes will be made, and when. The Government will first update the Building Regs later this year to reduce carbon emissions in homes built from 2022 onwards by 31 per cent compared to a ‘notional home’. There will be a year’s grace for developers if required, but by 2023 the regulations will be set in stone. In 2023, the Government will consult on technical aspects of the FHS before updating the Regs again before it comes into force in 2025.

The Government’s chosen ‘Fabric Plus Technology’ route encourages the use of low carbon technology such as heat pumps, as a more practical and cost-effective method of achieving the requirements compared with installing a boiler or PV panels. The good news for housing developers is that the consultation does not present a prescriptive approach to compliance. As long as carbon reductions are met, developers are free to use whichever combination of energy efficiency measures suits their needs.

This is welcome, as it offers the flexibility and scope for innovative new technologies. Many housebuilders are already mixing different solutions to meet, or exceed, the targets, varying not only by region but also by property type and developer.

The FHS names heat pumps and heat networks as the main means to deliver heat to new homes. It is anticipated that the standard – based around a heat pump, wastewater heat recovery, triple glazing and minimum standards for walls, floors, and roofs – will deliver a reduction in carbon emissions of 75-80 per cent.

Hydrogen is not included in the Standard, but it is hoped that further details will include gas infrastructure to new homes, to give homeowners a choice of low carbon technologies in the future.

The inevitable outcome of the changes is increased build costs, likely be passed on to homeowners in the purchase price. The consultation also asked for ‘future-proofing’ of developments in anticipation of the widespread use of heat pumps and low carbon technologies, beyond the FHS.

Since heat pumps operate most efficiently at low flow temperatures, the Government’s preferred method is for developers to install correctly sized heat emitters designed to operate at a mean water temperature of 50°C, which equates to flow temperatures of 55°C. This would also provide the immediate benefit of maximising condensing boilers’ efficiency, resulting in energy savings for the consumer. It would also mean lower cost and less disruption when low-carbon heat systems are installed in the future, because they will not need to have new radiators or pipework installed.

The consultation considered the tightening up of transitional arrangements, which provide developers with assurances on the standards they have to work to, and that no material changes will be required when new regulations come into force. Part of the Building Regulations’ overhaul will involve more stringent transitional arrangements to close the loophole that allows new schemes to be built to much older standards.

Government states that under the proposed changes, “Where work has not commenced on a specific building covered by the building notice, initial notice, or full plans within a reasonable period, that building would not benefit from the transitional provisions and so it would need to comply with the latest set of energy efficiency standards. Those already benefiting from transitional provisions applied to earlier changes to Part L and the energy efficiency standards would not be affected.”

The Government has also said that local planning authorities will retain the power to set their own energy efficiency standards for planned new homes. However, there is a need to ensure that all those living in private and local authority new homes have the lowest possible fuel bills both now and in the future and therefore the fabric first approach to reduce heating demands is welcome.

It is important for housebuilders to be aware of these changes, as they may have to revise project timescales and build homes faster, to remain compliant. This could result in different dwellings on the same site being built to different specifications, but the Government envisages that these changes will nevertheless “pave the way for the Future Homes Standard.”

The most effective way to increase energy efficiency and reduce CO2 is to enforce changes at the point of construction. In that context, housing developers will play a pivotal role in the UK’s transition to zero carbon. 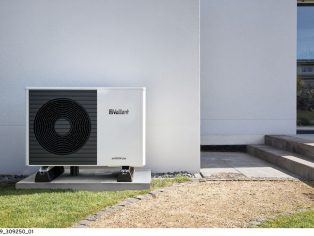