Please tell us about yourself and your role at Canary Wharf?

“I am a qualified architect and have been for over 30 years.  After qualifying I spent all my time in private practice at a couple of major international firms, before joining Canary Wharf Group. I came to Canary Wharf almost 13 years ago, which in some respects seems like yesterday.  My focus remains mainly architectural but also planning, infrastructure, public open space and retail – in part due to the experience I have acquired over the years.  I have always been interested in green issues, construction and collaborative working – all with the objective of producing the best designs and spaces that can be pragmatically achieved.

“Development is a long game and here at Canary Wharf is no different, although I have been working across a number of projects, I have worked on Wood Wharf, Canary Wharf’s new district, since I came here.  My role is mainly a management role, although at times I can still be creative.  With our Planning, Analysis and Design group, I look at how buildings or sites can be developed, work towards a scheme that economically makes sense, then manage external consultants to realise the scheme, whether it’s a master plan, a building or a cluster of buildings and spaces.  Once the plans become reality and construction starts, I try to ensure the design intent is not lost whilst keeping as close to the budget as possible all the way through the process until completion.”

What got you into project design and what path did you take with regards to training and/or formal qualifications?

“I first decided I wanted to be an architect at the age of 7.  This did not vary for years and probably influenced my choices of subject whilst at school.  At 15 I was going to go into the church, but instead by the time I was 18 and having studied a very broad mix of subjects at A level (none of which would help with being a clergyman), I went on to study Architecture.  By 21 I went into industry, working in various roles, including amongst other things a decorator/baker/factory worker/barman/technical illustrator/photographer. None of those gave me what I wanted creatively, so decided to broaden my horizons and travel the world to see what I could see. I set out with a friend and came back four years later having gained experience as an archaeologist, an architectural illustrator, a master planner, as well as studying earthquake construction in disaster areas and teaching nomads how to plan and build. I learnt to ski in the mountains south of the Caspian Sea, got shot at by Russians and had a close call with a bear in the forests of the Alborz mountains. During this process I worked out that I really did want to be an architect after all, so went back to finish my qualifications. Architecture is normally a long course, but maybe not as long as mine. Altogether, with my break, it was 10 years.

“Once qualified I worked as an architect – in the early years mostly on 3D visualisation of complex forms and then delivering projects and technical performance. This segued into law, management, performance improvement and mentoring interns through training programmes, but particularly into green issues.  I lectured on this, climate change and the re-use of old buildings for years.”

Is natural talent important, or does it take a lot of technical expertise to make this type of role successful?

“I think that architecture is one of the widest possible curricula in the further education world and there is room for all sorts. You could probably carve architecture in the real world into three areas of expertise – with a few “add-ons.” Design – at least the conceptual side of things, technical – working out how to build it (including on site) and management which is about ensuring that everything happens in the right way, in the right order and that you get paid properly for what you do. This last area probably includes a reasonable understanding of contract law. Art Gensler (an old boss of mine) said it’s no good trying to be good at everything, pick something and be the best.  A bit like Jack Palance in City Slickers who said you should “find the one thing, stick to that and the rest don’t mean nuthin”. (paraphrased) The trick then is to pick the one thing – as he also said. (worth looking up). Inevitably some become good at more than one thing and some can’t stop trying to do all of it, probably because you just love the whole idea and can’t imagine doing anything else. I am one of these.  If I were to say what is essential, I would say passion, commitment and stamina, with a healthy degree of pragmatism. My Dad always told me that the harder you work, the luckier you’ll get and in some respects that is especially true in architecture. But expect some long hours on the way.”

What parts of your job do you enjoy the most and which parts do you find most challenging?

“Now I am on the client side the dynamic is a little different, but when in Practice, I used to tell the students that I thought they have the best job in the world. They are paid to create things with other peoples’ money, hopefully creating environments and places where people want to be that will be around for a long time – possibly centuries. Like Jack Palance said, find the one thing. This is mine. Creating those environments as best as I can. Now on the client side, with Canary Wharf Group, the drive is still to do that, except I now have the benefit of working with lots of architectural practices, engineers  and designers and try to manage both them and their aspirations, whilst making sure that the end product is of the highest quality yet deliverable for the right price.”

Are there any projects that you are particularly proud of?

“Wood Wharf is now really taking shape and is be up there at the top. I am also very proud of two mosques on the Jeddah Corniche that won the Aga Kahn Award for Architecture, and a small office building that I did for Herman Miller, the American furniture company for their European headquarters which has hugely green aspirations and credentials.”

Have you been inspired by certain colleagues or industry figures along the way?

“There are a few people who have inspired me. In some sort of chronological order: Peter Olive and John Norton. Peter was an artist, Olive a teacher and ballet dancer (she danced with Fonteyn) and John their son, who was heavily influenced by pioneering sustainable architect Hassan Fathy and the village of New Gourna in Luxor, Egypt. John set up a group with a couple of others to help educate disenfranchised and the poor in various third world countries indigenous building methods and materials. Later, Abdul Wahed el Wakil was the owner in charge of the two mosques in Jeddah. He taught me the importance of detail and looking at things in three dimensions.  Art Gensler taught me humility. He said always hire people better than you and they will carry you on their shoulders to places you will never expect. He connected with everyone he touched. His fireside chats to the rest of the partners were awesome. His practice is now the biggest architectural practice in the world.”

If someone at school or college is considering the architecture and project design as a career option, what’s your advice to them?

“If you can – draw. Draw anything and everything. People, buildings, fruit and veg. If you are sitting with someone and you can draw – you connect. Seeing places and things take shape in front of them – without having to go back home or to your office to use a computer is like magic. I would also say be prepared for the long haul.  You need stamina and to be absolutely convinced that it is the right thing for you.  Architects are not paid exceedingly well and the hours can be very long.  On the other hand being paid to create things with other peoples’ money can’t be that bad!” 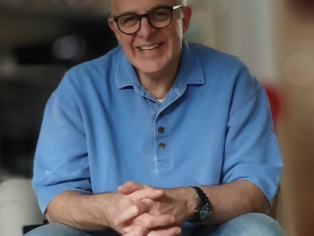