The two companies formed a partnership under the ‘E-Tribus’ banner last year but Project Etopia has now purchased the company, including its manufacturing facility in Devon.

Tribus Homes was created to help people build their dream homes. In the beginning, the company employed timber frames but later progressed to using the same Structural Insulated Panels (SIPs) used by Project Etopia. They can be fitted with Project Etopia’s smart home technology — including lighting and ventilation — as well as Etopia’s Energy+ configuration, which generates and stores electricity.

The Tribus manufacturing facility just outside Tiverton, Devon, is capable of producing 200 homes a year. Etopia will use this factory as an example of the sort of micro manufacturing facility that can be set up around the country to support councils in their house-building ambitions using offsite technology.

These factories, which would be smaller than Etopia’s 2,000-a-year capacity unit in Ellesmere Port, can be set up in six to nine months.

Self-builds have become more popular in recent years as house prices have continued to soar and people have struggled to find the homes they want in the right areas.

Lee McArdle, who co-founded Tribus Homes, will remain its Managing Director, and a rebranding process will begin this year.

Joseph Daniels, CEO of offsite eco developer Project Etopia, commented:“We are delighted to formally bring Tribus Homes under the Etopia banner. This acquisition means we can use Tribus Homes’ manufacturing facility in Devon to produce up to 200 new homes a year in the South West without needing to transport goods around the country, making developments much more sustainable.

“The factory is a prime example of how a number of satellite, small-scale facilities can be positioned around the country to create local jobs and deliver homes.

“Tribus will continue to provide people with their dream self-build homes, all of which will feature the smart home and energy technology incorporated in all Etopia projects.” 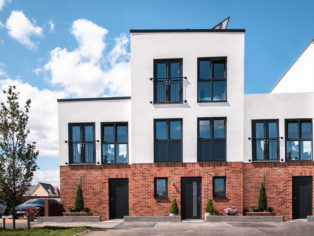 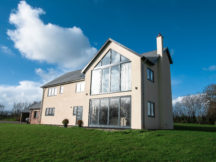