David Wilson Homes Southern has announced that it will be extending its 5% deposit contribution for NHS workers across Oxfordshire.

The leading homebuilder started the scheme earlier this year at the height of the pandemic to thank those who working for the NHS. Initially, the scheme was due to finish at the end of December, but a recent decision was made to extend it for a further six months.

Across its operational areas of Oxfordshire, Hampshire and Berkshire, David Wilson Homes has helped 17 NHS workers benefit from the scheme so far, totalling savings worth £248,360, and the homebuilder is hoping to assist many more in purchasing their dream home over the next six months.

“We want to continue to support vital NHS workers in the New Year so we’ve extended it for six more months until June 2021.”

The homebuilder has been supporting the NHS throughout the pandemic. At the beginning of the pandemic, Barratt Developments donated its entire stock of PPE masks to help them stay safe. This was followed by a donation of defibrillators to St. John’s Ambulance to aid communities, and a £100,000 donation to support NHS frontline staff and volunteers.

David Wilson Homes’ scheme works by offering NHS workers a 5% deposit contribution up to £15,000. For example, if they were interested in a home costing £200,000, they would qualify for a contribution of £10,000. Those wishing to apply should speak to a Sales Adviser during an appointment, who can introduce applicants to a specialist New Homes Mortgage Adviser.

David Wilson Homes Southern is currently building quality homes at developments in Oxfordshire including Dida Gardens in Didcot, Letcombe Gardens in Wantage and River Meadow in Stanford in the Vale. 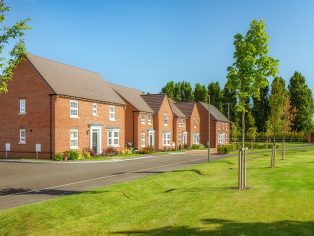