One million homes in five years can be done, says John Stewart

The Government, with the help of the housebuilding industry, has the ability to hit its ambitious one million homes target over this Parliament, according to the Home Builder Federation’s director of economic affairs, John Stewart. He told HBD:

“We’ve done a lot of work on what the housebuilder contribution to the target could be, and we’re pretty confident that it can be achieved.”

He qualified this statement by clarifying that the target referred to “net addition” to the homes available, including new-builds, conversions and change of use, thus making the goal more achievable.

Stewart also added a note of caution in the current uncertain economic climate:

Stewart admitted that the possible effects of Brexit raised some questions for the industry:

“The key question is whether Brexit is that hiccup; the early signs are that it probably isn’t, but it is very early days and difficult to judge.

“It seems that after a couple of wobbly weeks immediately after the referendum, demand for new housing has recovered across most of the country.”

Stewart admitted that London had suffered a dip in demand following the vote, but that “it was quite weak before the Brexit vote,” and there were other mitigating economic indicators that suggested the initial effects would not be as drastic as some had predicted:

“Previous disruptions have been caused by identifiable economic events, but nothing has happened this time around. In fact we may even see an interest rate cut, and the economic fundamentals are still pretty strong.”

“Employment is at record levels currently – there’s no economic event that leads you to think the housing market’s going to suffer, this is all about sentiment and confidence.

“I think it’s quite possible we’ll look back on Brexit and think, what was all the fuss about?”

Stewart commented that, from meeting with senior Government figures recently:

“It’s certainly been made absolutely clear to us that the Government’s one million target still stands, and that it is as committed to increasing new build as it ever was.”

Stewart said there were significant barriers remaining to housebuilders, “the most obvious being our planning system.” While acknowledging there had been and would be further reforms, he said:

“At the end of the day rather than incentives for housebuilders, barriers need to be removed in order to reduce pressure and let housebuilders get on with building.”

He told HBD that since 1991, “local authorities have been in the driving seat, and that “it hasn’t been run very well in the last 25 years.” He said:

“Local authorities have suffered big cuts, with the biggest being in planning and development, and housebuilders will constantly tell you how difficult it is to deal with local authorities. That is a barrier, that’s a real problem; a fundamental issue, and no one seems to have the solution.”

He said that if the further reforms could solve the issues with both planning and the “very slow” planning application process, “it would go a long way to solving the housing crisis.” On the other barriers of skills and development finance for SMEs, Stewart commented:

“We have to help ourselves on skills; that’s largely in the hands of the industry. On development finance, the HCA we hope will soon launch a new scheme which will help the industry’s SME builders.”

“You don’t say, ‘okay private sector, it’s over to you, by the way we’re going to build all these barriers for you though.’ We did that in ’91, erecting a planning system which made it virtually impossible for housebuilders. In retrospect we created a situation that was entirely predictable.” 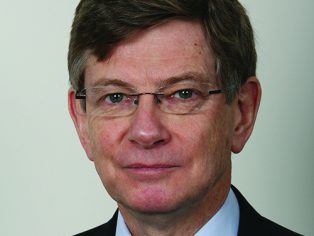