The number of new home registrations by UK housebuilders fell 23 per cent in 2020 as a result of Covid-19, according to figures released by the NHBC.

Despite the overall decline, by the final quarter of the year registration levels were almost back up to pre-pandemic levels, down only two per cent on the same period in 2019.

In total, 123,151 new homes were registered, compared to 160,319 in 2019. The second quarter of the year, which coincided with the UK’s first lockdown and consequential pause to construction, saw the largest fall. However, as building activity resumed and housebuilders implemented COVID-secure measures, numbers picked up quickly, with the final quater’s registrations (39,749) up 34 per cent on the third quarter.

No regions in the UK escaped the decline in registrations, with the South East of England (-28 per cent), Scotland (-28 per cent) and Northern Ireland (-38 per cent) seeing the largest falls. Cities saw some of the greatest falls, with Manchester dropping 42 per cent despite the North West as a whole seeing a 27 per cent decline.

The private sector saw a fall of 26 per cent to 81,607, while the affordable and build to rent sector fell just 16 per cent by comparison, to 42,084 – an “encouraging” stat noted the NHBC, “reflecting the continued long-term attractiveness of UK housing as an asset class for inward investment.”

Commenting on the statistics, NHBC chief executive Steve Wood said: “Against the backdrop of the COVID-19 pandemic, the new build housing market has held up very well, with housebuilders showing resilience and adaptability throughout 2020. Last spring saw a sharp shock to the housing market and it is heartening that by the close of 2020, productivity levels had moved very close to those seen in 2019.”

He concluded: “Confidence in the housing market, particularly for newly-built homes, remains strong with many larger housebuilders forward sold into the summer despite the continued impact of the pandemic and prevailing economic uncertainties.”

While discussing the 2020 statistics, the NHBC also touched on the Future Homes Standard, emphasising that it would be “central to UK housebuilding”, as well as the NHBC themselves. Wood noted eco-friendly homes are in high demand among buyers and that builders are aware of and are working towards making the necessary changes.

When asked by HBD if he thought the recently announced Part L update – detailing that new home emissions must be reduced by 31 per cent by the end of this year – were more challenging than some commentators have said, Wood said: “We’re working with providers and builders in that area, and yes the 31 per cent change for 2021 for new registrations from the end of this year is a big stretch.”

He continued: “But housebuilders are very focused on that and know it has to be met. And never mind Government, there’s more interest from buyers in terms of the carbon footprint of the home, and the enlightened builders are recognising that and responding to it. I’m sure there will be some teething problems, but I think the industry will get there, and we’ll work with the major developers to help ensure that happens.” 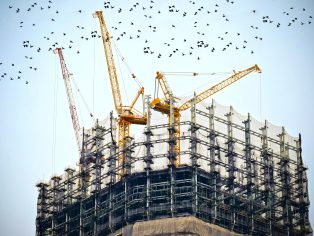