New construction chief hopes apprentices will follow in his footsteps

When Don Anderson started work as an apprentice joiner he could not have envisaged that more than 35 years later he would be in a position to launch the search for young employees.

Mr Anderson, 53, is the new construction director with Persimmon Homes Teesside having been asked to take up the role by its managing director, Neil Foster.

It is the second time Mr Anderson has worked for the leading regional house builder and said he was delighted to return to the group.

Mr Anderson, who is married with two children, started out as an apprentice joiner with another housing group, and worked his way up to the position of construction director with them over the next 24 years.

“I now get great satisfaction seeing guys who started out as young apprentices develop and flourish within Persimmon. It is great to think that I could give someone an opportunity as an apprentice and they can go on to progress their career.”

“We currently have a thriving apprentice programme, and have five youngsters on the books. We will be taking on a further seven this year and it would be great to think that a high proportion of them could stay with the company and progress up the career ladder to site manager, then contract manager and beyond. It is wonderful to be able to bring people through the business.”

When he was 24, Mr Anderson decided he wanted more out of his career and started an evening class studying for a Chartered Institute of Building qualification.

“It was tough working all week and then spending two nights at college. But my boss at the time recognised that I was trying to do something with myself and gave me the opportunity to become a trainee site manager; and I never looked back.”

Mr Anderson first came to work for Persimmon in 2001 when he became the construction director for the group’s North East region. However, in 2003, he decided to leave to pursue other avenues and further his career before being given the opportunity to return this year.

“As soon as I was asked it was a certainty that I would come back. I really enjoy working for Persimmon Homes as it feels as if I have come home. If I can make a difference and further improve standards to create someone’s dream home then that has to be my goal.”

“I am also a big believer in people being happy in their work but also that you should have an objective and strive to do better each day. You should come in with the aim of making a difference for the customer and your colleagues around you.”

For more information about careers with Persimmon Homes visit their website www.persimmonhomes.com. 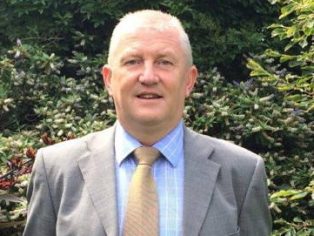