‘Mayor’s Fund and Taylor Wimpey to give 50,000 young Londoners the chance to Be the Best they can Be’

The Mayor’s Fund for London and leading homebuilder Taylor Wimpey have announced a new three-year partnership to roll out an educational legacy programme for 50,000 young Londoners living in some of the capital’s most deprived areas.

Over the next three years, pupils in 250 primary and secondary schools in London will be supported to help them realise their ambitions through the ‘Be the Best you can Be! London’ programme, delivered in partnership with 21st Century Legacy. This programme draws on the latest techniques in coaching to help young people think beyond their current environment, develop new horizons and ambitions, and consider how to achieve them.

Boris Johnson, Patron for the Mayor’s Fund for London, commented:

“As one of the greatest cities on earth, London offers a multitude of opportunities which everyone, irrespective of their backgrounds, should have the chance to take up. The 2012 London Olympic Games inspired us all, and it is fitting that this programme will help so many young Londoners who would otherwise be unaware of the amazing opportunities London offers. This generous support from Taylor Wimpey offers young people an opportunity to find their own pathways in playing a part in London’s future.”

The programme was launched on Thursday the 2nd October at Taylor Wimpey’s Chobham Manor development, the first of five new neighbourhoods to be constructed on the Queen Elizabeth Park in East London, building on the legacy from London 2012. Speakers included Olympic Gold Medallist athlete Dr David Hemery CBE, Olympic Badminton player Gail Emms MBE, Taylor Wimpey Chief Executive Pete Redfern and Chief Executive of the Mayor’s Fund for London Matthew Patten. Schools from the pilot programme were also in attendance to share their experiences with the programme so far.

“We are delighted to partner with the Mayor’s Fund for London on such an inspirational programme. We are proud to have played a role in delivering new homes and creating communities across London for over 100 years and we want to ensure the young people in these communities have the chance to achieve their ambitions and succeed. We were chosen to deliver the first of the five neighbourhoods on the Queen Elizabeth Olympic Park and so the Be the Best You Can Be London programme, which aims to continue the Olympic Legacy and inspire a new generation, is a great match with our culture and principles here at Taylor Wimpey.”

“Delivering the programme in partnership with the Mayor’s Fund for London and Taylor Wimpey ensures a lasting legacy from the London 2012 Olympic and Paralympic Games which this programme was set up to do. As a former athlete, I know how hard it is to achieve your dreams and I also knew that I wasn’t always sure how to do this – we want to make sure that as many young people as possible are able to have that opportunity to achieve their ambitions.”

The programme is open to primary and secondary schools in London, and will specifically target those in areas of deprivation. For further information for schools wanting to apply please contact Aisling Cohn on 0207 983 5871, or visit http://www.mayorsfundforlondon.org.uk/programme/be-the-best-you-can-be/. 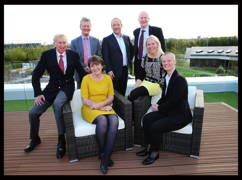