Prime Minister Theresa May indicated tackling the housing crisis would be high in the Government’s priorities as she delivered a speech at the Conservative Party Conference this morning.

May echoed the words of communities secretary Savid Javid who on Monday introduced the £3bn Home Building Fund and announced changes to planning regulations to allow disused public land to be prioritised for housing.

“We will do everything we can to help people financially so they can buy their own home. That’s why Help to Buy and Right to Buy are the right things to do. But as Sajid said in his bold speech on Monday, there is an honest truth we need to address. We simply need to build more homes.

“This means using the power of government to step in and repair the dysfunctional housing market. It means using public sector land for more and faster house building. It means encouraging new technologies that will help us to get more houses built faster. And putting in more government investment too.”

May explained her Cabinet is set to “take big, sometimes even controversial” decisions about the country’s infrastructure, reiterating the Government’s plans to build HS2.

Home secretary Amber Rudd yesterday announced two provisions from the Immigration Act 2016 will be enforced in England from December 2016. These provisions will make it easier for private landlords to evict illegal migrant tenants and will make it a criminal offence for rogue landlords and agents who repeatedly fail to carry out right to rent checks or fail to take steps to remove illegal migrants from their property.

“I am announcing that from December, landlords that knowingly rent out property to people who have no right to be here will be committing a criminal offence. They could go to prison.” 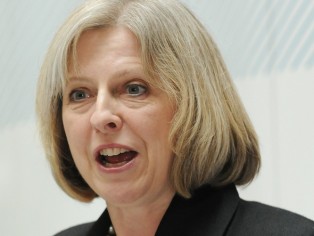