Inland Homes plc, the brownfield developer and housebuilder focused on building residentially led developments for direct sale or on behalf of partner organisations, today announces that it has received a resolution to grant planning permission, subject to the signing of a Section 106 agreement, for a residentially led, mixed-use scheme of 380 homes plus 930sqm of flexible commercial space at Dagenham Dock, Dagenham.

The Company worked closely with the Local Authority in developing its plans for the site, which is strategically important for the Borough. The development will provide a new gateway to the area and will act as a catalyst for the regeneration of South Dagenham.

Of the 380 homes to be delivered, 103 will be offered as affordable, delivering much needed additional housing to the Borough. All homes will have private amenity space and 51% of the total site area is to be landscaped or created as a nature corridor. The Company will also create an attractive new public square, and regenerate and undertake highway improvements to land north of Dagenham Dock Railway Station. This land lies adjacent to Dagenham Dock so once completed, the highways works and new square will create a welcoming arrival to the new neighbourhood and Dagenham Dock Railway Station.

A Section 106 planning agreement will be signed by the parties as soon as possible, and construction is anticipated to commence on site in 2022. This is an attractive location for Build to Rent operators and Housing Associations, and a decision on whether the project will be delivered by Inland Homes directly or via a partnership contract will be announced in due course.

This is the second scheme Inland Homes has received approval for in the Borough, with 325 units at Merrielands currently under construction through Inland Partnerships on behalf of Clarion Housing Group. The Company has also submitted two further planning applications, for 364 units plus circa 2,500sqm of commercial space across two sites. A decision on these two applications is anticipated in early 2022.

“We are delighted to have received planning approval for this important scheme which is set not only to deliver much needed new homes to the Borough but act as a catalyst for the regeneration of the whole of South Dagenham.

Inland has worked closely with the Borough and local landowners on our plans for the site and the approval – in less than one year since our first pre-application discussions – demonstrates Inland’s skill and expertise in securing planning consent on key brownfield sites.

We look forward to working with the Borough on the delivery of the strategically important Dagenham Dock development as well as further schemes in the area.” 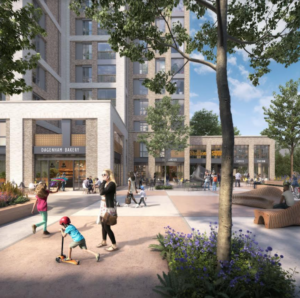 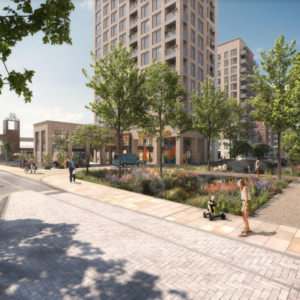 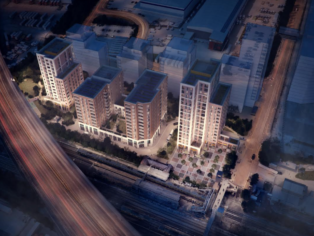