London’s landmark Centre Point begins its revival on Monday at the east end of Oxford Street. Property development and investment company, Almacantar, will create 82 exclusive residential apartments and a new destination for London, complete with innovative retail and restaurant space and centred on a new public piazza with an open air terrace overlooking the piazza and New Oxford Street.

Developed by property tycoon Harry Hyams in 1966, Centre Point has been a focal point for London since. The Richard Seifert–designed landmark can be seen from all corners of the capital and is one of London’s original skyscrapers, standing amid the city’s most historic and dynamic neighbourhoods.

During construction, the Grade II listed building will be wrapped in prints inspired by Centre Point and designed by Eley Kishimoto. Eley Kishimoto’s designs, which have featured on some of the world’s most famous catwalks for the likes of Louis Vuitton and Alexander McQueen, will encapsulate Centre Point’s 1960s design and architectural flare. The eye-catching creation, will take six months to erect and a further six months to take down.

“The start of construction at Centre Point is a pivotal moment for a scheme which has been more than three years in the making. The project will breathe new life into this landmark, giving it a sustainable and exciting future for the benefit of all Londoners and visitors to the capital. The two and half-year build programme will come to fruition in time for the arrival of the new Crossrail station at Tottenham Court Road and we are delighted to be able to play an important role in accelerating the rebirth of this central London hub.”

As well as the tower’s rebirth, the development of a retail and new public square is set to go ahead, delivering 41,780 square feet of new retail space. A series of retail outlets, restaurants, bistros and open space will be built at lower levels and inside the bridge link – a walkway that connects Centre Point tower to Centre Point House. The bridge link, with its floor to ceiling windows, and an open terrace will overlook New Oxford Street, Oxford Street and St Giles Circus from above ground level.

The route to Covent Garden from Centre Point will be pedestrianised, with Centre Point being the natural ‘hub’ between four of London’s most dynamic neighbourhoods: Soho, Covent Garden, Bloomsbury and Fitzrovia.

Contractor Brookfield Multiplex will start on site on January 26, 2015 and works are expected to finish in the second quarter of 2017. Centre Point is being transformed by Rick Mather Architects and Conran and Partners who will revive its sixties design appeal alongside cutting edge design and technology.

“Centre Point is now the focus of Crossrail which will trigger an explosion in visitor numbers to this part of the West End. We will give a much needed new lease of life to the area and turn Centre Point into a destination Londoners can be proud of, and providing a lasting legacy. We are delighted that Camden Council, English Heritage, Transport for London and Crossrail Ltd have come together to forge a future for Centre Point and the surrounding area.” 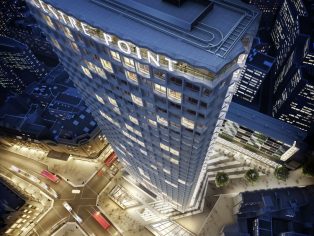 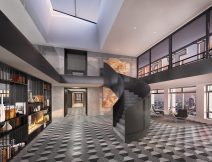