London Build is the leading new construction exhibition to focus on the construction boom in London and the South of England. The event will take place at London’s O2, accommodating over 200 international exhibitors and thousands of quality attendees showcasing the latest projects, developments, and investment opportunities in and around the Capital

Both days of the show will see over 50 top level speakers from across the industry and local government, discussing the latest strategies and project forecasts through presentations and interactive panel discussions as well as 36 hours of CPD accredited training workshops.

The first day of London Build is shaping up to be a truly spectacular affair. The conference venue will be opened by Jamie Ratcliff from the Greater London Authority who will be speaking about the construction boom and opportunities that are coming up and ongoing in the Capital.

Following on from that Peter Shipley will be discussing the need for the Thames Tideway Tunnel as part of the programme which will also see Nigel Hardy from TfL speak about the Road Modernisation Plan, and some outstanding panel discussions which will be announced closer to the time.

As day one of London Build 2015 draws to a close, attention switches towards the London Construction Awards, hosted at Indigo at the O2. The Awards will be recognising achievements by those that have played a defining role in delivering exceptional quality, innovation and service; and in driving the London construction industry forwards.

The evening also features a Gala Dinner, exclusive presentations from industry leaders, a wide-array of live entertainment, and comedy-sets from celebrity acts, including the superb Jimmy Carr.

Not all things are made equal, but day two of London Build will be just as good as the first.

As exhibitors and many attendees return from a sparkling evening of awards and entertainment, the London Build conference kicks into overdrive. Simon Wright from Crossrail will be speaking about building Crossrail, Balfour Beatty’s Head of Sustainability, Dr Paul Toyne, will then discuss the role of construction in delivering legacy projects. The final afternoon of London Build will see conference sessions continuing with a presentation from Richard Griffiths, the director of policy and communications at the UK Green Building Council.

The conference sessions will be complimented over the two days by a number of CPD accredited training workshops, situated across three workshop venues within the exhibition. These workshops will be presented by special guests and regulars of the CPD roadshow circuit, including RIBA, BRE Global, Tata Steel, CompeteFor, BSRIA, Supply Chain Academy and many more.

The event is officially supported by the London Chamber of Commerce and Industry (LCCI). As part of this partnership the LCCI will be moderating two panel discussions at London Build 2015 on the topics of skills shortages and regeneration. LCCI Chief Executive, Colin Stanbridge will be moderating both sessions, which will feature Richard Threlfall, KPMG, and Debbie Akehurst, Land Securities as panellists with several more to be announced.

“LCCI are delighted to be officially supporting London Build 2015. We are very aware of both the successes and issues in the property and construction sector, particularly the looming skills gap, which was revealed in our recent report with KPMG – Skills to Build. As London’s most representative business organisation, with members large and small, we have a policy agenda underpinned by research reports, quarterly surveys and member committees and housing, infrastructure, land supply and building in the capital are an important part of that agenda.”

In addition to the LCCI, the Royal Institute of British Architects (RIBA), Royal Institute of Chartered Surveyors (RICS) and Chartered Association of Building Engineers (CABE) are supporting London Build 2015 as lead event partners, providing fantastic support as well as getting involved in the conference, workshops and awards.

London Build 2015 will be a great event for the whole industry, and really does have something for everyone. Best of all the conferences, training workshops and exhibition are completely free to attend.

Sign up for your free tickets today at www.londonbuildexpo.com to ensure you don’t miss out! 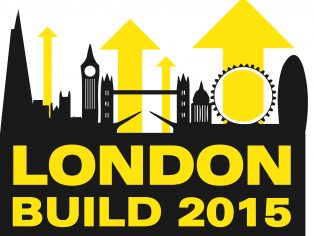