Responding to the publication of the Grenfell Tower inquiry report today, Lord Porter, building safety spokesman at the Local Government Association, said: “The tragedy that unfolded at Grenfell Tower and claimed at least 72 lives in such an unimaginable and heart-breaking way, must never be allowed to happen again.

“There are undoubtedly lessons that can be learned about how the fire service responded on that tragic night as it faced the worst fire in this country for more than half a century. However, the inquiry has made a fundamental error by examining the response to the fire before examining its causes. The consequence of this is to scapegoat the fire service while those responsible for the fire have yet to be exposed or held to account.

“It is clear that the fire was caused by a catastrophic failure of the building safety system in England. This has been proven by the number of public and private buildings with flammable material and the number of modern buildings which are behaving in unexpectedly dangerous ways when they catch fire. Reform of this broken system cannot come soon enough.

“Government has to ensure any new regulatory system not only covers high-rise residential buildings, but extends to any building where vulnerable people sleep like hospitals, care homes and residential schools. Those who live in, work and visit high-rise and high-risk buildings must be safe. We look forward to continuing to work with the Government at pace to deliver the much-needed reform to ensure residents are safe and feel safe.” 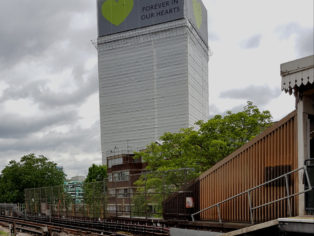