Rt Hon Nick Raynsford MP, President of Youthbuild UK, has launched the 2014 Young Builder of the Year Awards, inviting entries from young builders across the UK.

“I’m delighted to launch the 15th Young Builder of the Year Awards to celebrate the achievements of young people, who have successfully overcome barriers to train or gain employment in the construction industry,”

This launch comes just a few months after the All-Party Parliamentarians’ Inquiry No more lost generations, which called for a major expansion in training and employment opportunities for young people in construction.

The competition which began in 2000 is open to young builders from across the UK, and applications are invited from two categories: those in employment aged between 16 and 24 years old and those still in education aged between 14 and 16 years old.

The finalists will be invited to the Awards Ceremony on Wednesday 15th October 2014 at the House of Commons, ending with a trip on the London Eye. For 2014 there is a prize fund of £7,500, with the winner receiving £1,500 (including tools). All shortlisted finalists will receive an award.

Information about how to apply can be found on our website www.ybuk.org. The closing date for applications is 25th July 2014.

Sponsors of the 2014 Young Builder of the Year Awards include NHBC, Skanska, Land Securities, Orbit Housing, Places for People, Toolstation and UKCG. 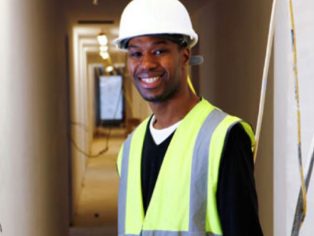 The awards recognise outstanding young people in the construction industry; people like Omar Cila, 20, who has achieved Level 2 in electrotechnical technology and NVQ in electrical installation just four years after fleeing imprisonment in Guinea and arriving in Britain unable to speak a word of English.