Landmark Estates, the residential and commercial property developer covering Dorset, Hampshire and Wiltshire, has successfully achieved planning permission to regenerate the redundant but much loved buildings at Fordingbridge Hospital, Hampshire.

The hospital will be developed to provide 15 dwellings, including 11 flats and four single storey houses ranging from one to two bedrooms. All of the properties will be finished to a high specification and include parking. Every residence will either have private outside space or access to communal gardens.

Built in 1885, Grade II listed late Victorian buildings were previously used as a workhouse and then in the 1930s it became a Public Assistance Institution. In 1948 it was incorporated into the NHS and was known as Fordingbridge Infirmary. In 2007 the hospital was vacated by the NHS in favour of the more practical newly constructed healthcare buildings directly behind the site.

The build project is scheduled to begin in the next few months and is estimated to be completed by the second quarter of 2016.

“The Fordingbridge Hospital is a much loved landmark in the local area and we are thrilled to be taking on the regeneration of such an important building. Having been empty for some years now, we will be able to restore the historic façade of the building and maintain it for future generations. We believe that these homes will be popular with local people who are looking for easy access to into Fordingbridge but also to be close to the New Forest.”

A London office was also opened in March last year as part of the company expansion and has recently acquired its first site in Battersea. 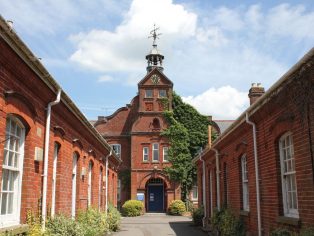