A West Yorkshire housebuilder has welcomed double success after two of their site managers were named as winner and runner-up in a leading industry award.

Bob Carr, who works at Regency Gardens in Brampton, and Tony Dobson, who works at Scholars Gate in Royston, were nominated for the award after being recognised for achieving high quality standards of construction at their developments.

“As site managers we take pride in seeing a development grow from a plot of land through to completion. It is always rewarding to see customers settle into their dream homes and start a new community.

“We both work alongside great teams and this award is a credit to them all.”

Applicants were shortlisted after a robust judging process which looks at various aspects including site administration, health and safety, storage of materials, waste control and site tidiness. 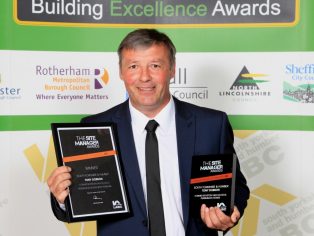 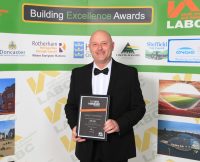