The British Woodworking Federation (BWF) has again urged the Government to put support for small businesses and skills growth in the UK at the centre of its financial plans for the year, while demanding more sustainable action to boost housebuilding after the next Election.

Iain McIlwee, BWF chief executive, outlined recommendations to the Chancellor in a letter ahead of the Budget on 18 March.

Repeating the BWF’s calls to scrap proposed changes to the administration of funding for apprentices, Iain McIlwee said:

“We know Government has made some inroads into supporting skills growth through apprenticeships, but we also know this is still a huge area of risk to the UK with significant skills shortages across the manufacturing and construction industries. The wood trades alone will need a net increase in labour of 4,260 every year for the next four (a rise from 244,700 in 2014 to 260,860 in 2018), according to CITB figures. Historically this shortfall would yield growth in apprenticeships, but planned changes to the process and funding are causing real uncertainty.

“Our membership represents the most concentrated population of apprenticeships in the UK construction industry. But moving funding away from providers to employers will create an administrative and financial burden for many SME companies and potentially stem the number of apprentices coming through the industry. We hope Government will reconsider these changes.”

The BWF’s latest State of the Trade survey showed that woodworking factories had their third successive quarterly increase in sales volumes in the last quarter of 2014, but the BWF is also concerned the underlying rate of growth has slowed over the last three quarters and the number of joinery businesses with order books extending over a month has decreased. “This may impact on confidence and stall much needed investment”, warned Iain McIlwee.

Consequently, among the other recommendations by the BWF to the Chancellor were requests to maintain or extend support for annual investment allowances, as well as removing manufacturing plant and machinery from business rate assessments. It also continued to urge Government to clamp down heavily on late payment. “Late payment remains a serious issue which starves the supply chain of much needed capital, “ said Iain McIlwee. “The Government must continue to take a strong lead and set examples by not awarding contracts to perpetual poor payers.”

The BWF called for a renewed focus on incentives for custom and self-build, releasing sites from local authorities and encouraging greater investment from social and affordable housing providers to help meet the housing shortfall. And these should be greener homes, explained Iain McIlwee:

“The Government has set clear targets for sustainability within the construction industry – targets it will struggle to meet without the use of renewable materials. If we want to be a world leader, we should start to take a lead in carbon accounting and in doing so prioritise the use of materials that displace energy intensive alternatives and reduce pressure on the grid. In the case of housing, this means incentivising the use of low energy, timber products which lock up carbon long-term.”

“We know this will be a Budget for votes rather than the long view. But there are some fundamental steps Government can and should take to ensure the growth and sustainability of the woodworking and construction industries – industries that are crucial to the UK’s future prosperity, and actions which would win favour from many thousands of UK businesses. We saw small steps taken in the Autumn Statement to freeze fuel duty and increase funding for housing developments, but there is still a long way to go.”

The BWF represents more than 700 member firms and a significant part of the £3.8 billion wood products manufacturing sector in the UK, supporting a workforce of carpentry and joinery which makes up 7% of all employed in the construction industry. 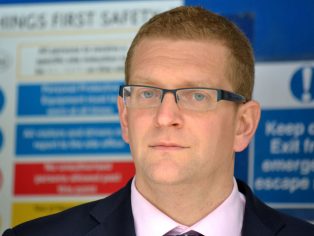