The construction and housing industries have given a mixed response to Secretary of State for Housing Michael Gove’s announcement that £4bn for replacing cladding to ensure it is fire-safe on buildings over 11 metres will be passed from leaseholders to housebuilders, developers and product manufacturers.

David Renard, spokesperson for the Local Government Association, welcomed the tough approach Gove appeared to be taking: “No leaseholder should have to pay the costs of making their homes safe, and the Secretary of State’s threat to use the legal system to ensure developers meet their responsibilities to leaseholders is a positive step.”

However, he added: “The construction industry must also be made to fix the fire safety defects it has built into blocks owned by councils and housing associations. Unless the Government forces the industry to act – or provides funding – we are concerned that the costs of fixing social housing blocks will fall on council housing revenue accounts and housing associations.” Renard concluded: “Council tenants and those on the waiting list are innocent victims and the Government needs to help them too.”

Developers have been given a deadline of early March to created a “fully funded plan of action” to address cladding responsibilities, otherwise the Government will step in with legal measures to force them to do so.

Law firm Irwin Mitchell believed that the practical realities of Gove’s proposals, despite laudable intentions, were as yet “of questionable efficacy and breadth.”

Jeremy Raj, national head of residential property at the firm, said: “The Government’s acknowledgement that reaction to date has been slow and ineffective will be cold comfort, particularly in relation to those with non-cladding issues. Government must accept when its own performance has not been acceptable and ensure a rapid improvement.”

Mike Robinson, chief executive of the British Safety Council agreed: “The Government must also shoulder its own responsibilities, having overseen the regulatory framework that led to Grenfell and other similar tragedies. We need to see all sides taking a positive and constructive approach to discussions between now and March.”

Jeremy Raj added: “The cladding on Grenfell had nothing to do with current or historic developers of new build homes, having been retro-fitted many years after the original build, using materials that were clearly dangerous that seem to have been ignored or waved through by the regulatory authorities.”

“The idea that responsibility for resolving the cladding scandal – which has now widened to become a general building safety scandal – should be laid solely at the doors of developers asked to voluntarily cough up more cash, is likely to lead only to further delay and heartbreak for leaseholders caught in dangerous or un-sellable properties.

Raj concluded: “Many developers will be puzzled as to how and to what extent they can justify such expenditure on a ‘voluntary’ basis in the context of their obligations to shareholders, and a lack of direct responsibility, particularly given clear evidence of contributory negligence by others.”

Mike Robinson said that the £4bn promised by Gove “will not pay leaseholders’ costs for other issues beyond cladding that aren’t included in these plans, such as balconies on a building that have been built with flammable material.”

He added: “The Grenfell fire showed how broad the building safety crisis is, spanning not just construction but design, manufacturing, fire safety and building management.

Eddie Tuttle, director of policy at the Chartered Institute of Building, commented that the body was already taking steps to address safety concerns. “The CIOB has been actively engaged in raising standards and promoting best practice in building safety, for its members and wider industry, and will continue to work with industry and government to bring about the culture change that is needed, as well as developing the required competency standards for the duty holder roles under the upcoming Building Safety Act.”

The limited focus of the Ministry of Housing move gave Matt Wrack, general secretary of the Fire Brigades Union, “cause for concern.” He explained: “This change does not cover all fire safety failings in buildings of this height. Over four years after Grenfell, this means that residents are left desperately short of where they need to be.” 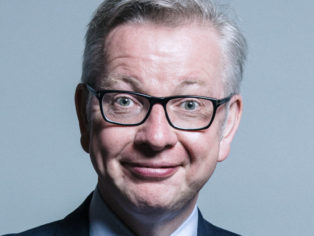