Hundreds of people chasing just a few homes in Derbyshire

Over 600 people are chasing just 58 new homes in Willington and that’s before a single brick has been laid.

The development known as Hanson’s Reach is being built by Persimmon Homes North Midlands and will comprise a range of three and four-bedroom homes. It will appeal to a wide cross-section of buyers, including growing families and downsizers.

“Hanson’s Reach is set within a really picturesque area of Derbyshire and has attracted an enormous amount of interest before it has even opened.

“We released the first plots only a few weeks ago and they’ve already sold. During the opening weekend, people were queuing up outside to get information. It certainly shows that there is a huge demand for quality, but affordable new homes in the area.”

Willington is a perfect location for commuters as the village has its own train station with links to Derby and further afield. It is also close to the A50 offering access to the East and West and the A38 to the North and South. The M1 is also around a 20 minute drive away with easy access to Nottingham and Leicester.

“Hanson’s Reach is ideal for families and has great local amenities nearby, including hairdressers, a post office, local shops and a general store. A medical centre is also on the development while further afield in Derby there are other fantastic shops and leisure facilities.

“The development has been created to suit the needs of today’s modern lifestyles, with great schools nearby, including Repton School. It is easy to see why this development is proving so popular.

“We also believe that with schemes such as Help to Buy and Part Exchange available, people will find home ownership more affordable and the whole buying process a lot easier.” 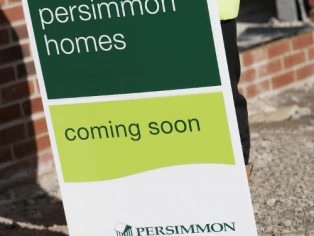