HQs into homes: a risk perspective

Steps taken during the pandemic to deregulate the planning system have encouraged property developers to consider opportunities to re-purpose existing commercial buildings for mixed or alternative uses. As more conversions get underway however, are developers prepared for the additional complexities they bring?

The Government’s controversial decision to deregulate the planning system, which included extending permitted development (PD) rights, took place over the summer, with the aim of freeing up construction activity at a time of significant economic hardship. The new PD rights, which took effect in September, allow developers to demolish and rebuild existing commercial properties as houses without the need to secure prior planning consent.

While much has already been achieved in converting unwanted retail space into residential properties, the rise in the number of people working from home during the pandemic has led some corporates to review their property requirements. In the coming weeks and months, this could result in more redevelopment opportunities coming onto the market.

For developers that might lack experience in large-scale property conversions however, it is important to tread carefully and take the right precautions before committing significant sums of up-front finance. Converting a property intended for a different use, into a house or apartment, is a complex and challenging task. As such, it is important to take a step back and determine the best long-term use of the property. Expert advice from a property agent with a good understanding of the marketplace could prove essential in guiding their decision to proceed with an investment or not.

As large-scale property conversions can take many months or even years to complete, horizon scanning should be used to take account of any changes that could impact the long-term viability of the project. This typically involves a process of scenario planning based on what the future might look like in five, 10, 15, or 20 years’ time. For example, will town and city centres take on a different purpose in the future? Instead of places people go to work, could they become entertainment and cultural centres that people visit during their leisure time? Will they remain hubs for retail activity? Even though some potential changes could seem far-fetched, as long as they are plausible, developers and their investors should consider them as part of their plans.

Developers should also weigh up carefully whether repurposing a building, rather than demolishing and then rebuilding it, is the right strategy. There are likely to be many considerations here – for example, the developer may have access to the floor plan of a building they are thinking of buying, but do they know what the walls and floors are made from and how easy it would be to remove or reposition them? Such granular considerations could make the difference between delivering the project profitably or not. From a sustainability perspective, developers should consider whether repurposing an existing building, rather than rebuilding it from scratch, is the best outcome for the environment and whether the building will meet the required energy performance and other standards.

Other considerations that developers can’t afford to ignore include services and local amenities. Turning a city centre office complex into apartments might seem a good idea on paper, but are there adequate services in the area, such as GP practices and schools to cater for the influx of residents?

Site accessibility can be another bone of contention for some urban conversion projects, where the built environment is densely packed. For example, how easy would it be for suppliers to get goods vehicles onto the site and is there sufficient space for storing materials and equipment? Also, it is worth considering whether road closures would be required to minimise risk for local residents. To understand how these factors could impact the viability of the project, it is important to collaborate with local authorities at an early stage and share information about any plans under development. Even though planning permission may not be required, relationships with planners could prove invaluable in understanding any local management issues that could arise.

By taking a step back and weighing up the potential risks, developers can refine their plans and strengthen the business case for the proposed conversion project, making it more attractive to potential investors. They can also ensure that contingency budgets are set at the right level, which could help to minimise disruption once the build gets underway.

Many successful examples of office-to-residential conversions have come to market recently, which should be encouraging to developers who might be considering investing in this area. Built in the 1960s, Walton Court Gardens in Walton-on-Thames is the site of the former UK HQ of the US-owned frozen food company, Bird’s Eye. It has now been converted into 375 apartments and townhouses. In West London, Television Centre at White City, which was BBC TV’s HQ from 1960-2013, has also been converted into luxury apartments.

There is an opportunity for developers to take advantage of the availability of commercial property space and consider its repurposing potential. However, a risk-centric approach, which is both collaborative and focused on long-term considerations, is essential. 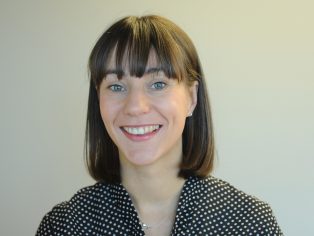