How to achieve best practice with SuDS

As the dash for new homes gets underway, encouraged by a majority government, housebuilders and housing associations are also getting used to new guidance that expects them to incorporate Sustainable Drainage Systems (SuDS) into their developments.

The new guidance was put in place in England in April this year, but only applies to developments of 10 properties or more. Separate legislation has been active in Scotland for some years and a consultation outlining significantly different standards for Wales closed at the end of April.

The guidance brings SuDS delivery into the planning system. Was the guidance made less prescriptive to ensure that implementing SuDS did not delay planning process, or compromise the commercial viability of developments? There has been plenty of speculation that the government implemented the new system to help support housing growth.

In his ministerial statement in December, Communities and Local Government Secretary Eric Pickles, laid out a new regime for SuDS. Subsequently, the publication of 14 non-statutory technical standards to guide planning authorities, designers and developers, replaced the much more detailed regulations drafted but never enacted as a part of the Flood and Water Management Act.

In his statement, the Minister sets out an expectation that developers should demonstrate clear and affordable arrangements for maintenance of SuDS over the lifetime of a development, although there is no mention of this within the technical standards themselves.

The Welsh Assembly looks set to stick with its version of the much more prescriptive approach established via the proposed Schedule 3 of the Flood and Water Management Act (FMWA). With Scotland already having its own legislation, there is likely to be a devolved regulatory framework for SuDS. With the lack of detailed government guidance, local authorities are also likely to continue to develop their own regional approaches to SuDS design and construction. Developments crossing over regional or county borders could have to contend with more than one set of rules. Along its length, a developer may need to discharge into a watercourse according to different local authority policies and national regulations.

Against a more fragmented background, it will be important for developers and housing associations and their drainage designers, to have a thorough understanding of what best practice in SuDS looks like. Later this year the Construction Industry Research & Information Association (CIRIA) will issue an update the SuDS Manual, which will help to guide designers.

SuDS are a more sustainable approach to surface water management that avoids costly and unsustainable transportation of surface water runoff into the local environment or through an overloaded sewer system. The principles of SuDS are first and foremost to mimic natural drainage paths and processes and deal with rainwater as close as possible to where it falls.

SuDS intercept and hold back excess surface water runoff, then manage it through temporary storage, infiltration, evapotranspiration or reuse. Good SuDS schemes satisfy both quantity and quality objectives and are likely to provide multiple benefits to the community by promoting local amenity and biodiversity.

A good surface water management train can either use both landscaped and manufactured components taking into account the space available for storage, the ground conditions, the level of pollutants present, the level of infiltra-tion that is possible and so on. Often a combination of above-ground ‘natural’ features and manufactured devices come together to achieve the best result.

Given the scale of planned building and need to implement SuDS, what are the key issues for housebuilders and developers?

Designing-in surface water features at the very outset of developments, preferably at masterplanning stage, and building SuDS into the infrastructure of a site, significantly aids best practice delivery. Stakeholders such as landscape architects and community interests can then be fully consulted.

Minimising the amount of land used for flood storage is a critical consideration for any housing development. Whether a below-ground storage tank or above-ground pond is designed, best value in land-take and construction costs is paramount. Carefully thought-out engineering using flow control devices and infiltration technologies can keep costs to a minimum.

For example, using an optimising vortex flow control can save up to 15 per cent in storage compared to similar devices by perfecting the all-important design curve that engineers use to calculate the storage required to prevent flooding.

The English technical standards are concerned with outcomes, rather than practice and any specific reference to water quality objectives have been removed. Treatment of runoff is, at best, only implied. Water quality will continue to be protected via Environment Agency consultation on planning applications. Local authorities will be driven by their regional catchment plans to meet Water Framework Directive targets for the ‘good status’ of rivers. Developers will want robust, reliable and easily-installed treatment trains for water quality where they are required.

According to the Ministerial Statement, developers will need to demonstrate how SuDS components will be effectively maintained throughout their life to secure planning permission. In theory this should avoid the potential for schemes to be left neglected or rendered ineffective through lack of regular care and inspection.

In practice it remains to be seen how maintenance of SuDs will be interpreted and delivered. A third party such as a local authority, a water company or service company may take on responsibility for maintenance, leading to the potential for residents funding part of the upkeep. This could have particular significance when it comes to social housing.

Developers will recognise the benefit of demonstrating repeatable, measurable performance of SuDS throughout their lifetime and of being able to predict and cost maintenance regimes. In this case, using proprietary devices, with maintenance regimes specified by the manufacturer, may help developers demonstrate to local authorities that they are complying. 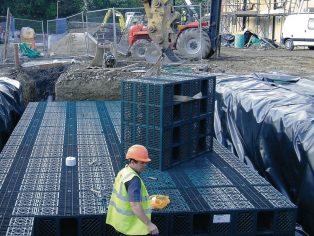 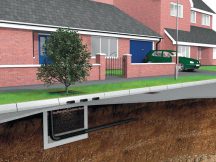 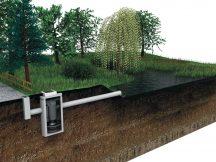 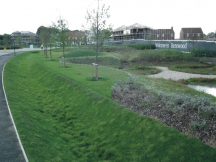