Visit the FIT Show at The International Centre, Telford, from 12 – 14 April

There are few elements of a building that are so crucial to its performance and aesthetics and which therefore, can make or break a sale.

So important to homeowners are windows and other related features such as residential and other external doors, a healthy industry has thrived for more than forty years out of replacing those installed by builders.

The housebuilding industry cottoned on a long time ago to the importance of appearance to potential buyers, but also that they were aware of the potential cost of replacing windows soon after the home was built. PVC-U frames promised that original frames would not require replacing for some years, but also that they would require minimal maintenance compared to their timber counterparts. All of the benefits upon which the replacement window industry was founded, in fact.

So as a housebuilding professional you know all of this and you make sure that the windows and doors in the homes your company builds are well spec’d and attention is paid to the style. Not only that, but high performance windows and doors are required to satisfy ever more demanding building regulations and of course, the energy performance of a home is increasingly crucial in a buyer’s wish list: these are elements that can be a deal maker or breaker.

So while windows and doors, and in some properties conservatories and orangeries, play such an important part in the marketing and sales of properties, it would make good sense to visit an exhibition that was dedicated to the subject.

There is such an event: The Fabricator Installer Trade (FIT) Show first appeared in 2013 and since then has become the essential UK showcase for the industry, to sell to itself of course, but more importantly to show, quite literally, what it is made of to specifiers, designers and maintainers of residential buildings of all types.

This year the event has come of age. The biggest show yet in terms of the number of exhibitors – 180 – the space occupied and the variety and number of new products being wheeled out for the first time make this event an essential destination for anyone concerned with the design and specification of dwellings.

Essentially, The FIT Show is designed to allow professionals to focus their attention on everything glass and glazing in a short, sharp and highly focused burst. Is it going to be worth your while? Most of the major brands of windows, composite doors and conservatories and their derivatives available in the UK will be on show, together with legions of hardware, patio and French doors, and the current homeowners essential add on, bi-folding doors.

After almost two years since the last FIT Show the industry has clamoured to develop hundreds of new products and systems in time for the April show, including at least four new window systems that have previously never been shown there, three of which will remain closely guarded secrets until the event.

Of these, the only product for which details are available is Lumi, from Irish-based Apeer. Described recently as ‘‘A product that truly re-invents the window” by the judges of a glazing industry award, Lumi is a complete range of customisable, matching frameless windows and bi-folding patio and residential doors. The triple glazed units bonded to an internal GRP subframe give tremendous strength, performance and looks, especially on a wide span of bi-folding doors.

Of the others, Profile 22 is rumoured to be unveiling not one, but two new window systems, while Residence 9, which has made a name for itself with a system that mimics the 19th century flush sash, is said to be bringing to market a derivative of that product.

Composite door producers will be at The FIT Show in their droves, as will bi-folding doors including a hinge-less version that is proving highly popular for those seeking an alternative. And something for builders looking for a more sublime feature with which to woo buyers, US manufacturer SageGlass, a member of the Saint-Gobain Group, is launching its electronically tintable glass that can be controlled using a smartphone app. Imagine, says the manufacturer, being able to manage the heat, light and glare and of course privacy in your home. To demonstrate the product, SageGlass has replaced a whole wall of the exhibition hall with the product, an area of 314 metres2 , in what will become a permanent feature of the building.

The upshot is that a day – or two, preferably with so much to see – at The FIT Show will offer an invaluable insight into the latest that the window and door industry has to offer, a focus that no amount of internet surfing could achieve; a truly worthwhile investment in time for any housebuilding professional. 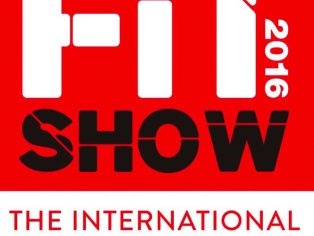