Housebuilders’ use of sustainable materials at risk, warns BWF

An alarming development in housebuilding policy could put the use of more environmentally sustainable materials such as timber at risk, the British Woodworking Federation (BWF) has warned.

The BWF has written to the Building Regulations Minister, Stephen Williams, expressing grave concerns that government plans for housing standards risk coming up short in addressing the enormous embodied impact of the housing sector in its sourcing and construction.

In the Review of Housing Standards for England, the government is proposing to reduce the number of housing standards that councils are free to apply locally from over 100 to fewer than 10, in order to simplify the housebuilding process and to improve viability.

These standards are not regulations laid down by government. They typically set out specific housing attributes or technical performance criteria, such as on energy efficiency issues, and either go above and beyond the Building Regulations or deal with subjects not covered by regulation, for example security.

The government’s intention is to issue a National Described Standards document instead, and to consider whether further changes may be needed to the Building Regulations, possibly to integrate elements of housing standards.

As part of a joint response to the housing standards review with the Timber Trade Federation, the BWF re-emphasised its support for the simplification of housing standards for the market. However, it expressed alarm that elements of sustainability, for example those relating to materials, could be cut completely from future standards under the government’s plans.

“As we move towards zero carbon buildings, the use of more sustainable materials is becoming increasingly important relative to the impacts of building energy consumption. Embodied carbon emissions, for example, can amount to more than half of the total carbon emissions over the life of a building. With the requirements of the Code for Sustainable Homes likely to be shelved in its current form, there will no longer be a national driver to encourage the procurement of low impact and responsibly sourced construction materials.

“BWF believes that a specific materials working group should have been established and that the government should establish such a group to advise on such issues and consider the establishment of a Nationally Described Standard for embodied impact. Market forces alone are insufficient to realise the government’s low carbon targets.”

Iain McIlwee wrote to Stephen Williams last week on behalf of the UK Timber Industry Accord. There are 13 signatories to the accord, representing a sector that exceeds £10 billion turnover and about 10,000 businesses employing 200,000 people principally supplying products into the construction, retail and packaging markets.

To read the letter to the Minister, go to: http://www.bwf.org.uk/assets/letter-to-stephen-williams-mp-scanned.pdf 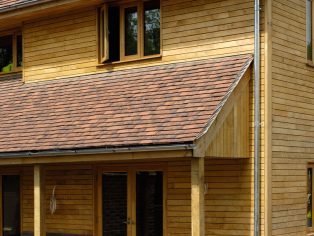