Housebuilder Redrow has been busy building homes of a different kind in a bid to reverse a serious decline in the UK’s bumblebee population.

As the first major housebuilder to partner with the Bumblebee Conservation Trust (BBCT), Redrow has made a commitment to introduce a series of eco-friendly habitats to boost bumblebee numbers and support other local wildlife, starting with the grounds of its UK headquarters in North Wales.

It’s the beginning of a 12-month partnership, which will see Redrow support the work of the Trust with promotional activities and initiatives at its offices and developments across England and Wales.

Alongside new wildflower planting at St David’s Park, in Ewloe, Flintshire, the FTSE-250 company has also created valuable new homes for a range of birds and animals including bug shelters, small bee hives, bird boxes, including some with cameras to monitor nesting, bird roosting pouches and hedgehog homes.

“It’s fantastic to be joining forces with the Bumblebee Conservation Trust. We are firmly focussed on sustainability and taking care of the environments in which we operate. We wanted to mark the start of this special partnership with some positive action to boost bumblebee and wildlife numbers closest to home, at our Group head office.”

“We are excited to be working with Redrow to create beautiful and harmonious landscapes for bumblebees that are in tune with nature, both at St David’s Park and at future developments throughout the UK.”

“As a responsible developer of new build homes, Redrow could set the industry standard for collaboration with a wildlife NGO. The association between the Bumblebee Conservation Trust and Redrow provides the perfect platform for Redrow to promote its environmental credentials both within the local communities that host developments and at its head office. We hope it creates a real buzz!”

Talking about the new landscaping at St David’s Park, which is home to a number of businesses, a hotel, pub and a residential area, Nigel added:

“We already had a number of bat and bird boxes on the park, which are inspected annually. The new wildlife housing has been positioned to hopefully ensure maximum occupancy before the breeding season in the spring. This will also provide some much needed shelter in the long cold winter months. As well as the obvious benefits they bring for local wildlife, we hope our neighbouring businesses and residents will also take enjoyment from the new features.”

The three wildflower areas comprise around 400² m of bee and butterfly friendly planting and add colour to the landscape. Redrow has worked closely with BBCT on the project and hopes to create further areas in the future.

A registered charity, BBCT was established because of serious concerns about the plight of the bumblebee. In the last 80 years bumblebee populations have declined dramatically. Two species have become nationally extinct and several others have seen their numbers plummet. The Trust works to raise awareness and increase understanding about bumblebees and to support their conservation. Bumblebees pollinate crops and wildflowers, supporting a diversity of wildlife and habitats for everyone to enjoy. 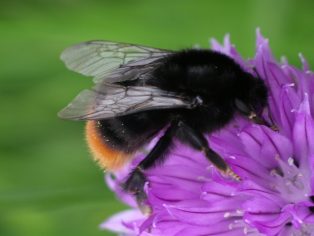 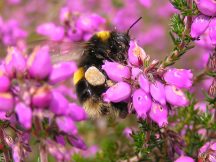