Housebuilder is commended for apprenticeship commitment

A Loughborough housebuilder has been commended by the CITB (Construction Industry Training Board) for its commitment to delivering apprenticeships.

William Davis has been operating an in-house apprenticeship scheme for over 60 years and was shortlisted in the CITB’s annual Apprenticeship Awards as Large Apprentice Employer of the Year. Recognising employers that have demonstrated a longstanding commitment towards the development of young people through apprenticeships, nominations for these national awards were made by CITB apprenticeship officers.

“The CITB’s annual awards allow us to nominate employers who provide an outstanding service to their apprentices.”

“For over ten years, I have worked with William Davis and believe them to be one of the best employers; they are keen to see their apprentices succeed and offer first-class support throughout.”

The 2015 Apprenticeship Awards took place earlier this month at London’s Plaisterers’ Hall and were presented by former Blue Peter television presenter, Helen Skelton. William Davis was announced as highly commended in its category, and was one of just five finalists from across the UK.

“It is extremely rewarding to be nationally recognised for our work with apprentices and we were delighted to be nominated by our CITB apprenticeship officer. Every year, we seek to recruit aspiring tradespeople to develop a talented workforce, and through apprenticeships we believe the construction industry has a bright future.” 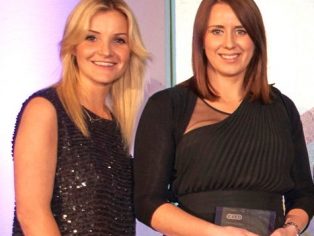