Scotland is the most affordable country, with properties costing five times the money on offer while in Wales properties are priced six times the average pay.

In England prices are on average nine times the wage on offer, but properties cost between 10 and 20 times the average wage in nearly all of the south and west of England.

Russell Quirk, founder and CEO of eMoov, said the findings underline the “unaffordability of the market” in England:

“Property values in England are significantly higher than the rest of the United Kingdom, which is reflected in the wages offered. However, the wages are not always consistent with property prices and have failed to increase at the same pace.

It highlights the unaffordability of the market in England when you consider the difference in Wales, where the highest annual average wage is under £21,000 in Cardiff yet the city’s property value is merely third in the country behind regions with lower averages in annual incomes. Additionally, the average wage in Kensington and Chelsea would take almost a lifetime working to be able to afford a home, which is unrealistic for most let alone the average buyer.

It is important to consider the wage you can earn when buying property to understand the longevity of the investment, as a lower property price doesn’t always mean a better quality of living as the wage will also reflect the local market and economy.” 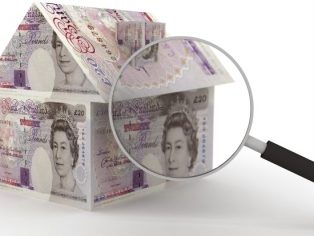