Heat and Buildings Strategy criticised as inadequate for carbon retrofit

The Government has finally published its Heat and Buildings Strategy, a £3.9bn package of funding to encourage homeowners to upgrade heating systems to more carbon-friendly alternatives, but it’s facing criticism for offering too little support to be effective.

The Government’s aim is to “drive down the cost of low carbon heating technologies, working with industry to ensure that in future they are no more expensive to buy and run for consumers than fossil fuel boilers. The strategy includes £5000 grants to homeowners to upgrade boilers using alternatives such as air source heat pumps, and a £60m ‘innovation fund’ to “make clean heat systems smaller and easier to install and cheaper to run.”

However, critics believe that the £5000 grants – totalling £450m over three years – will not go anywhere near far enough to support widespread take-up. The Government hopes to end the sale of gas boilers in 2035, with Ministers claiming that the grants will make heat pumps on a par with conventional boilers’ affordability.

However, the BBC heard from a heat pump purchaser who spent £12,000 on an air source heat pump installation, and had to wait six months due to electrical infrastructure issues in his property.

Mike Foster, CEO of the Energy and Utilities Alliance, said: “The grant hardly sets the world alight, and is insufficient to the scale of the challenge we face in terms of reaching net zero.”

“It is well short of the support needed to get to 600,000 heat pumps installed each year by 2028. My suspicion is that the Chancellor is putting the brakes on the Prime Minister’s flight of green fantasy.”

He added: “For the 4.5 million households currently in fuel poverty, faced with rocketing bills and cuts to their universal credit, they must wonder what they have done wrong.”

Foster said with the grant “only paying half the cost of a heat pump,” it equated to a “middle-class bung for people who were probably going to fit a heat pump anyway.”

Brian Berry, chief executive of the Federation of Master Builders, said: “Grants for heat pumps are a step in the right direction so we begin to reduce our reliance on polluting and volatile fossil fuels, but incentives are also needed to make our existing homes better insulated.”

Berry continued: “The Government appears to be only listening to one half of the story. If there is no detail in the strategy on how we can address the megatonnes of carbon lost through the leaky walls and roofs of our homes, it will have failed and the benefits of installing heat pumps risk being lost.”

Berry concluded: “Without a long-term national retrofit strategy, including a proper skills plan and communications campaign, regular consumers won’t know what action they need to take, nor feel it’s within their grasp; and industry won’t take the long-term investment decisions needed to be ready to deliver.

Mike Childs, head of science at Friends of the Earth was quoted as saying that the grants “will only incentivise the best-off householders.”

Luke Osborne, of the electrical engineering association ECA Energy Solutions Advisor, said, “Today’s announcement is a step in the right direction. The grants will be more attractive than the outgoing Renewable Heat Incentive.

“However, £450m over three years only equates to 90,000 installations. Industry is currently installing around 30,000 heat pumps per year, so this funding is unlikely to drive a large amount of additional demand – today’s announcement maintains the status quo for now.”

The announcement made no mention of the 2025 Future Homes Standard as part of the strategy, but Dave Sheridan of ilke Homes responded by saying the Government “must be more ambitious in its goal to decarbonise the UK’s housing stock,” via the FSH.

Sheridan added: “To avoid huge retrofitting costs, policymakers must prioritise the delivery of zero-carbon new homes by bringing forward the requirement to reach the Future Homes Standard ahead of 2025.”

The strategy outlines the Government’s agnostic view on technologies for achieving zero carbon in homes, saying that “there will be no single policy or technology that cuts carbon emissions to virtually zero, but a diverse mix.” This means that alongside heat pumps and “potentially” using hydrogen to replace gas, “green projects like heat networks” could be integrated to use all means possible towards the 2050 zero carbon deadline.

The Government has put off a decision on whether to back hydrogen heating as an alternative to gas until 2026, when it reports on the results of a pilot programme called Hydrogen Village. 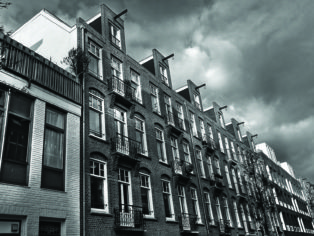